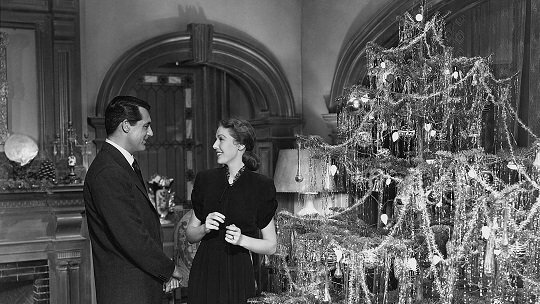 Grace Kelly was looking back on a very successful year in December 1955, but one thing stuck out: meeting prince Rainier of Monaco. In April she met him in Cannes and the pair had corresponded ever since. Rainier decided to spend Christmas with Grace and he travelled to her family home in Philadelphia. She introduced him to her family and according to her sister Lizanne, the pair spent Christmas 1955 ‘walking in the woods, driving through the mountains, and talking about life and values – they fell in love’. A few days later, Rainier proposed to Grace and they were married in Monaco the next year. But every Christmas they would return to Philadelphia and spend Christmas with Grace’s family.

Marilyn Monroe spent her last Christmas eve at a Christmas party hosted by her psychiatrist Ralph Greenson. She had become close to his family and enjoyed their company. But the blonde bombshell was not the star of the night. Her ex husband and on and off boyfriend Joe DiMaggio attended and left the guests star struck. ‘Who would believe that there were four or five men sitting next to Marilyn Monroe and they didn’t give a darn?’, Ralph’s daughter Joan Greenson later commented.
Marilyn was happy to spend time with Joe and they spent next Christmas day shopping for Mexican ornaments at Olvera Street, an historic Mexican marketplace. Marilyn had bought a house in Mexican style and wanted all the furniture to match.
Although she had divorced Arthur Miller, she made sure to send his children presents for Christmas. She never forgot how all the other kids got presents in her foster home, except for her. Robert Miller’s mother wasn’t too happy with the telephone Marilyn gifted her son though, she felt that her twelve year old son was a little too young for it.

Elizabeth Taylor and Richard Burton may have had a wild reputation, but they spent Christmas with their children. For Christmas 1968 they settled down in their chalet in Gstaad, Switzerland. A winter wonderland, Gstaad was an ideal place for a cozy Christmas. Richard had once promised Elizabeth he would find her the most perfect ruby in the world and this Christmas he was going to deliver. He put the 8.24-carat Puertas ruby, diamond and gold ring in her stocking and waited until all the other presents had been opened. Then he asked their daughter Maria to get the box out of the stocking and take it to her mother. Elizabeth later recounted: ‘I opened the box very, very slowly. Inside it glowed with the fire of the most perfect colored stone I’d ever seen. With the most perfect cut. I’m sure I almost fainted. I screamed, which probably echoed over the mountains, and I couldn’t stop screaming. I knew I was staring at the most exquisite ruby anyone had ever seen.’

Christmas was Rock Hudson’s favourite time of the year. So much so, that he made it a condition in his contracts that he would always have the last weeks of December off. Rock bought the perfect Christmas tree and made sure the house was decorated to perfection. He personally shopped for gifts for everyone on his list. In 1968 he started the afternoon with his favourite Christmas music and homemade eggnog. His guests for dinner included his then boyfriend Jack Coates, his mother Kay and a small group of his dearest friends. His cook had spent a week preparing for the Christmas dinner feast and his mother’s pumpkin pie was the traditional desert. After dinner, Rock presented everyone with their gifts. He gave Jack a complete ski outfit and ski lessons, because he had commented that he wanted to learn how to ski. They ended the night by doing two of Rock’s favourite activities: playing bridge and singing around the piano. Everyone who spent Christmas with Rock commented that they would never experience another Christmas like it. 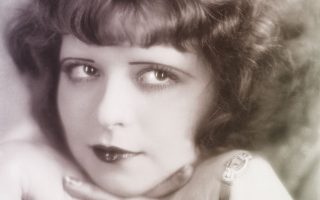