Method acting, or ‘The Method’, was an extremely popular approach to acting during The Golden Age of Hollywood. Some of its biggest fans were Marlon Brando, Marilyn Monroe and James Dean. Method acting is a family of techniques that centers on actors using their past experiences and emotions to produce a character’s emotional state in a scene. For instance: if an actor had to play a scene where Romeo is heartbroken over his Juliet, the actor would immerse himself in a memory of his own heart being broken so that he can portray that emotion realistically. The techniques that are used to do this are called Sense Memory and Emotional Recall.

These techniques were created by Constatin Stanislavski, a Russian actor and theater director, and were called Stanislavski’s System. But they were made famous by acting teacher Lee Strasberg. He formed the famous Actor’s Studio in New York with three colleagues in 1947 and taught actor’s ‘The Method’, as he called it. The Actor’s Studio quickly became the most prestigious acting institution there was. They wanted to set a higher standard in acting and admission was by audition, with more than a thousand actors auditioning each year and the directors usually allowing membership for only five or six each year. Some of his famous students were: James Dean, Marilyn Monroe and Paul Newman.

Another famous teacher of Stanislavski’s System was Stella Adler, who also taught actors in New York. She had studied with Stanislavski and as Stanislavski changed his views on The Method, so did hers. Therefore she broke away from Lee Strasberg on the fundamental aspects of Method Acting. Stanislavski and Adler emphasized that the actor should create by imagination rather than memory. For Strasberg it was the other way around. Some famous students of Stella Adler’s were: Marlon Brando, Judy Garland and Warren Beaty. 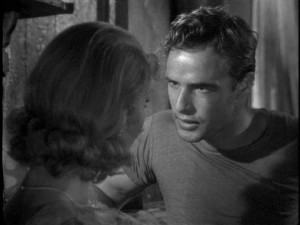 The Method is rather controversial. A lot of people think that it’s unhealthy. Especially when it comes to Strasberg’s approach, which makes actors recall a lot of personal struggle and pain. There were and are also a lot of actors who are opposed to The Method. There is a famous story of Dustin Hoffman, a Method Actor, on the set of Marathon Man. To understand his troubled character he reportedly had not slept or showered for days. To which his co-star Sir Laurence Olivier reportedly said: ‘Try acting, dear boy’.