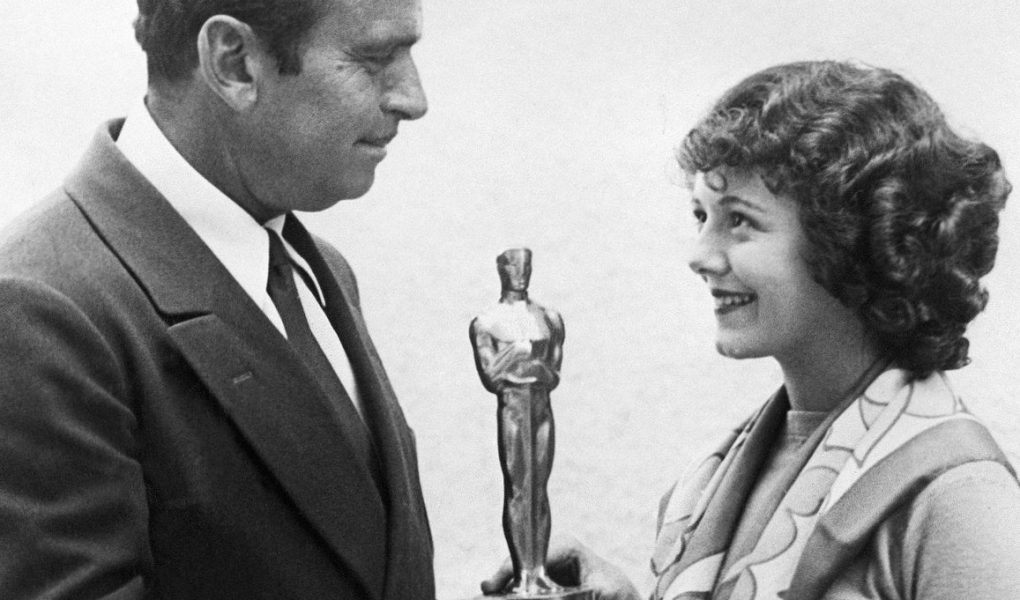 The Academy Awards ceremony (AKA The Oscars): an iconic event that Hollywood looks forward to every year. The glamour, the red carpet, the show and most importantly: the awards. Films are released on dates that will give them the most chance of getting nominated, actresses debate about the dress they’ll wear to the ceremony for months and the host will be put under a microscope by the millions of people who are at home watching. The Oscars may now be an important Hollywood staple, this wasn’t always the case. The extravagant affair started out as a small banquet dinner at the Hollywood Roosevelt Hotel.

The Academy Awards were created by The Academy of Motion Picture Arts and Sciences. This organization was founded in 1927 by Louis B. Mayer, the almighty studio head of what was to become MGM. The intention was to found a non-profit organization that brought together all branches of the film industry, during a time when that industry was changing rapidly. In that same year The Jazz Singer had been released: the first ‘talkie’. But Mayer was a sly business man and it was even more so an ideal opportunity for him to hatch out disputes in a time when the labor union movement was on the rise. The Academy started out with five branches: Actors, Directors, Producers, Technicians and Writers. Hollywood dignitaries were invited to attend the organizing banquet for the organization and the 36 who came would go on to become the founding members. Some of the more famous names were: Conrad Nagel, Golden Couple Mary Pickford and Douglas Fairbanks Sr. and director Cecil B. DeMille.

The newly created Academy of Motion Picture Arts and Sciences soon churned out ideas, for instance Mary Pickford and Douglas Fairbanks Sr. created a course in the History of Film for the University of Southern California. Another idea was an awards ceremony. Douglas Fairbanks Sr. said they would be ‘awards for merit of distinctive achievement.’ Louis B. Mayer was more crass when he later admitted: ‘I found that the best way to handle [filmmakers] was to hang medals all over them … If I got them cups and awards, they’d kill them to produce what I wanted. That’s why the Academy Award was created.’ No matter the reason for initiating it, the first Academy Awards was a long ordeal. Nominees were notified via telegram in February 1928. The winners were printed on the back page of the Academy Bulletin in February 1929. Finally, the actual first Academy Awards ceremony was held on May 16, 1929.

It was a banquet held at the Blossom Room of The Hollywood Roosevelt Hotel, with 16 tables seating 270 people. The attendees paid $5 a ticket, about $75 today. One thing was the same: the stars arrived in luxury vehicles and were welcomed by fans. Unlike today, the ceremony lasted only fifteen minutes and only fifteen awards were handed out (by host Douglas Fairbanks Sr.). The first movie to ever win an Oscar was the silent picture Wings, although Warner Bros. did receive an honorary award for producing the first talkie The Jazz Singer. Of the five performers nominated, only two attended. The people who did make it seemed more interested in the dinner and dance afterwards. ‘It was just a family affair,’ Janet Gaynor, winner of the first Academy Award for best actress, told The Times in 1982. ‘I remember there was an orchestra, and as you danced, you saw most of the important people in Hollywood whirling past you on the dance floor. It was more like a private party than a big public ceremony.’

Despite the small scale of the first Academy Awards ceremony, the potential for entertainment was obvious. The second one in 1930 had some major changes: the ceremony was bigger, the winners were announced on the spot for more anticipation and the ceremony was broadcast on the radio. Over the years, the Oscars grew in importance and in entertainment value. Though it was only in 1939 that the award statue received the nickname ‘Oscar’, the origin of which is still disputed, resulting in the Academy Awards ceremony unofficially being named ‘The Oscars’.  The first telecast was in 1953, turning the ceremony into the major event we know today. The Academy Awards became a public relations dream and the award became prestigious in its own right.