If you know anything about Hollywood during its Golden Age, you will know that the studios were the ones with all the power. They were in total control of the movies that were made, the people that were involved, the distributing process and the P.R.
But what do we really know about these omnipresent studios? Who were these so-called Big Five (the most powerful studio’s) and Little Three (the smaller studio’s)?
Classic Hollywood Central put together a list of the eight studios that ruled it all. 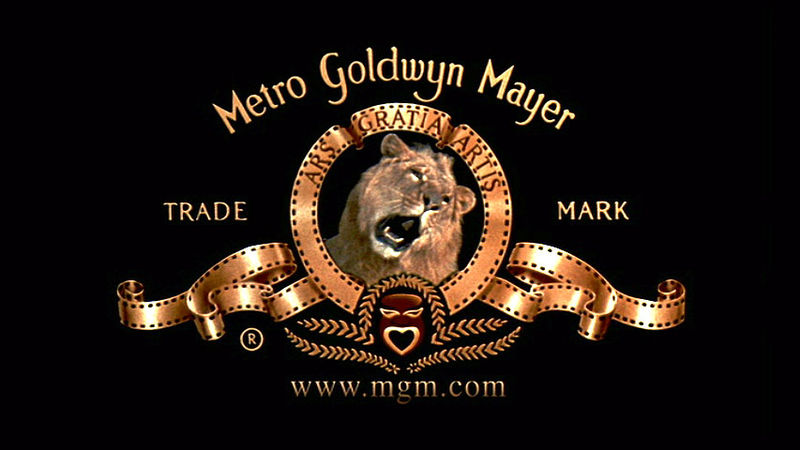 Description: The largest and most powerful filmstudio during Hollywood’s Golden Age. They boasted that they had ‘more stars then there are in the sky’.
The Boss: Although MGM had more than one boss, it was essentially Louis B. Mayer who called the shots. He ruled with an iron fist and was equally respected and feared. He was the first business executive in America who made a million dollars per year. Elizabeth Taylor called him a monster. Katherine Hepburn called him a nice man. But whatever he was, he made MGM the most successful studio during his reign.
Most important stars: Elizabeth Taylor, Greta Garbo, Joan Crawford, Jean Harlow, Clark Gable, Spencer Tracy, Judy Garland, Grace Kelly, Lucille Ball, Lana Turner. 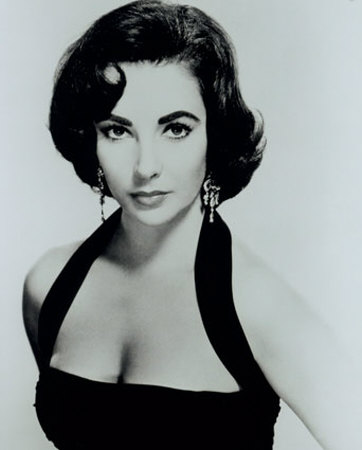 Most remembered films: Gone With The Wind, The Wizard of Oz.
Preference: MGM, and especially Louis B. Mayer, liked crowd pleasers and wholesome, American films. Such as the Andy Hardy series. 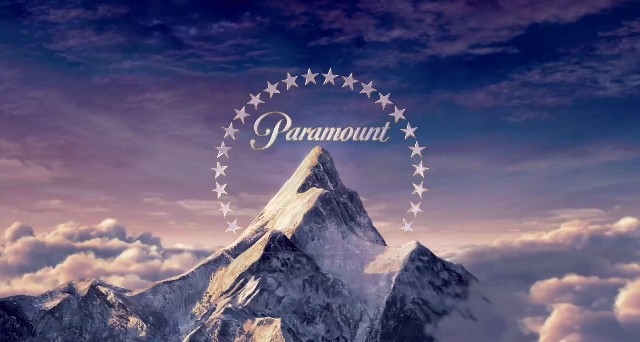 Description: The studio that invented the studio system and therefore helped the Golden Age rise ánd fall.
The Boss: Adolph Zukor. A powerful and skillful man, who was more interested in the technical process then in the actors. He revolutionized the film industry by organizing production, distribution, and exhibition within a single studio and invented the infamous block booking.
Most important stars: Audrey Hepburn, Gloria Swanson, Rudolph Valentino, Marlene Dietrich, Mae West, The Marx Brothers, Bing Crosby, Veronica Lake, Cary Grant. 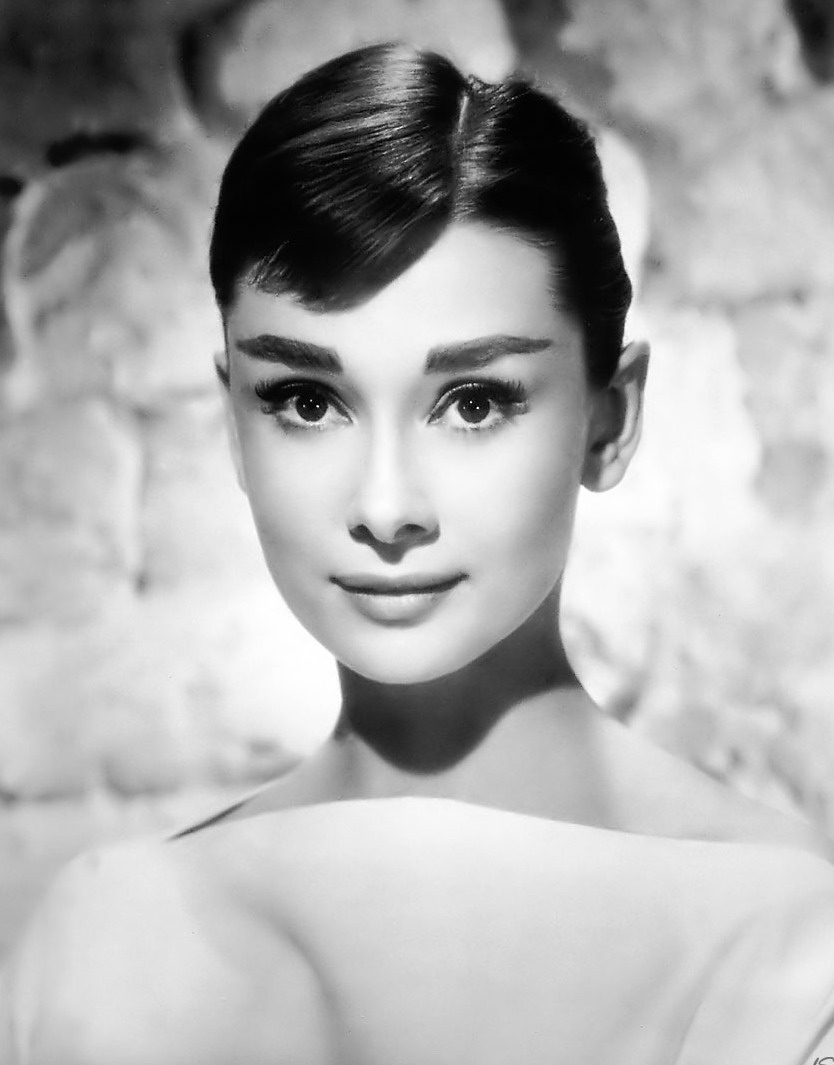 Most remembered films: To Catch A Thief, Breakfast at Tiffany’s.
Preference: Paramount Pictures liked European cinema and hired many European directors and actors like Marlene Dietrich. 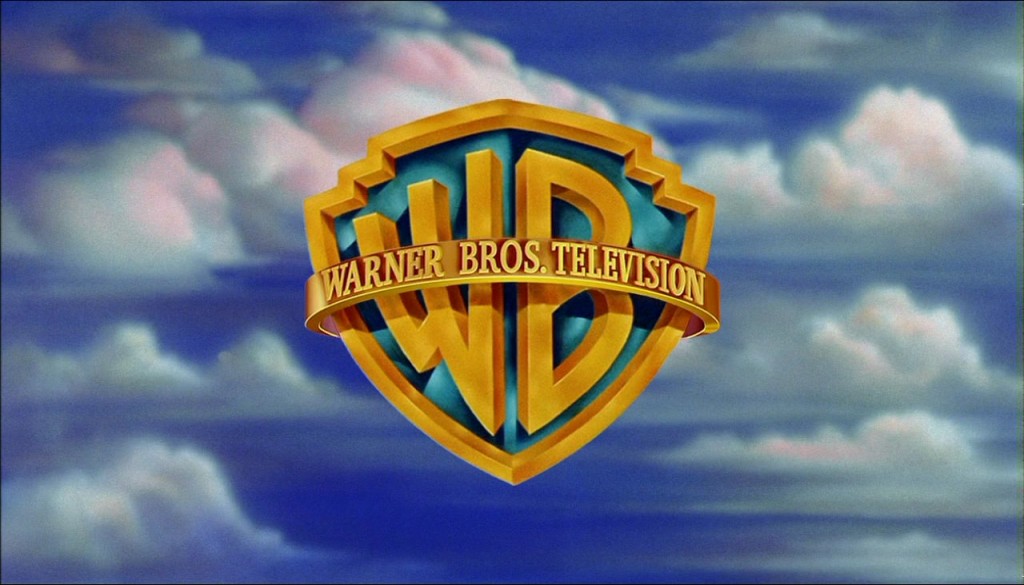 Description: The first studio to release a ‘talkie’: a movie with sound.
The Boss: Although it was founded by four brothers, it was shrewd businessman Jack Warner who was the boss. In the 1950’s he secretly purchased his brothers’ shares and was in total control of Warner Bros. He, like Louis B. Mayer, ruled with an iron fist. He was feared by many of his employees, whom he frequently fired over no apparent reason.
Most important stars: Bette Davis, Humphrey Bogart, Ingrid Bergman, Doris Day, Joan Crawford, Ronald Reagan, Barbara Stanwyck, James Cagney. 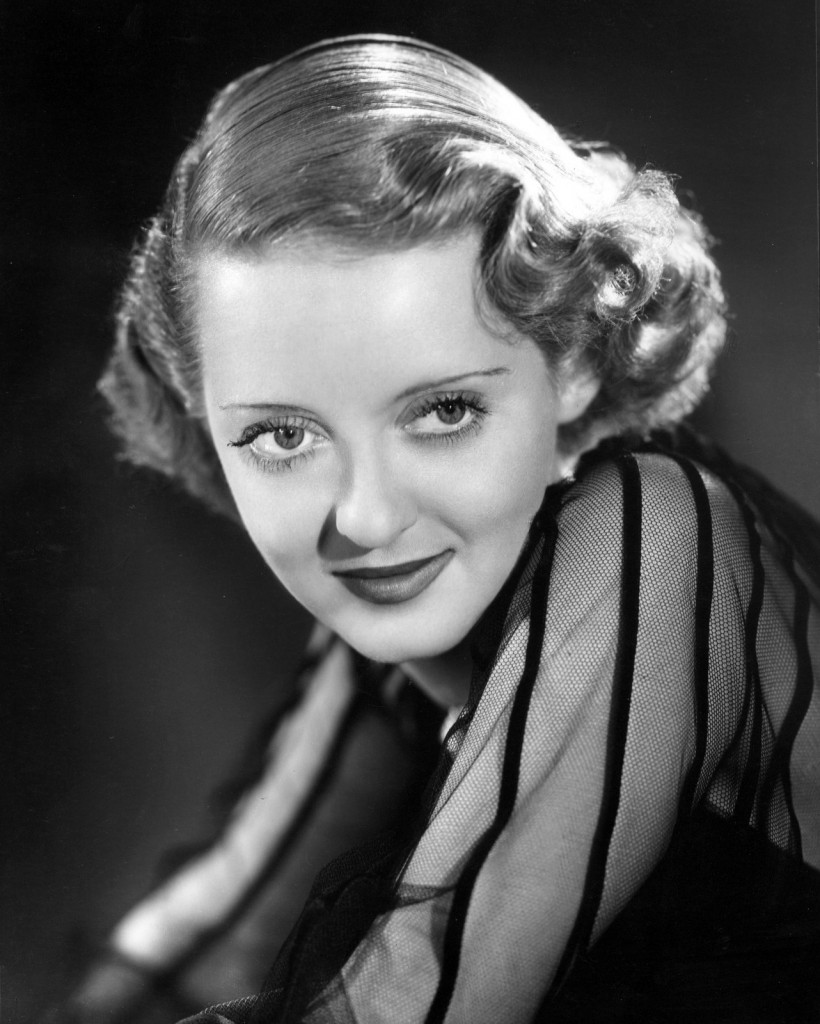 Most remembered films: Casablanca, A Streetcar Named Desire.
Preference: Until 1933 the head of producing was Darryl F. Zanuck who loved socially realistic dramas. But when he left, the pictures became glossier and more idealized. 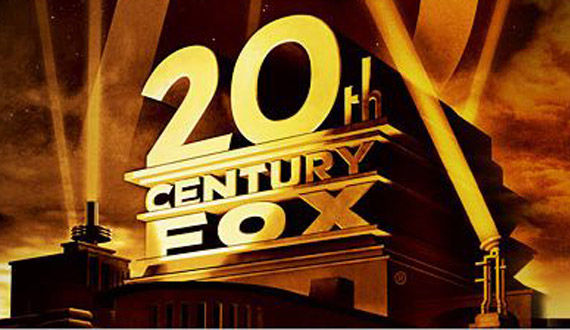 Description: A merger of some of the most powerful men in the business (Darryl F. Zanuck from Warner Bros., Joseph Schenck, the former president of United Artists, William Goetz of the former Fox Films and Raymond Griffith, an actor)
The Boss: Darryl F. Zanuck. A man with an instinct for spotting trends and a good sense of what the audience wanted. He was a very hands-on boss, giving his input in scripts, editing and producing.
Most important stars: Marilyn Monroe, Charlton Heston, Betty Grable, Richard Burton, Jane Russell, Shirley Temple, Ingrid Bergman, Natalie Wood. 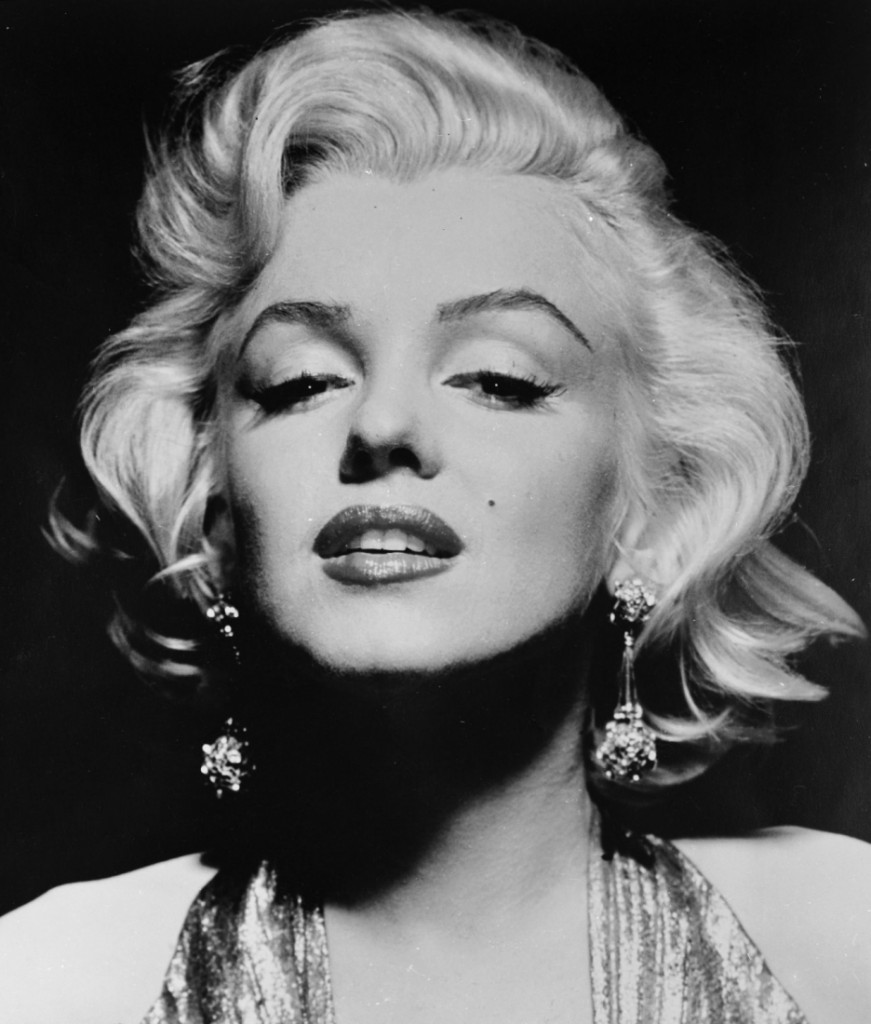 Most remembered films: Gentleman Prefer Blondes, All About Eve.
Preference: Zanuck had a preference for provocative, adult films, but 20th Century Fox also turned many Broadway musicals into film. 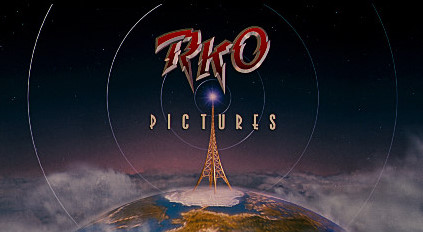 Description: The only one of the Big Five that is no longer a major Hollywood studio, due in part because of Howard Hughes’ disastrous take-over in 1948.
The Boss: At RKO the bosses changed every couple of years. A notable one, besides the aforementioned Howard Hughes, is George Schaefer, who was the executive producer of the classic film Citizen Kane, but got fired because of the controversy surrounding Orson Welles’ next film: The Magnificent Ambersons.
Most important stars: Fred Astaire, Ginger Rogers, Katharine Hepburn, Jean Harlow, Mary Astor, Barbara Stanwyck, an older Cary Grant. 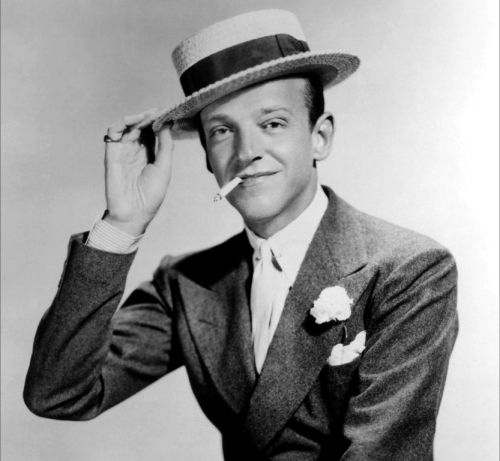 Most remembered films: Citizen Kane, It’s A Wonderful Life.
Preference: Since RKO’s head of production changed so frequently, the studio never had a real ‘trademark’ style or preference. 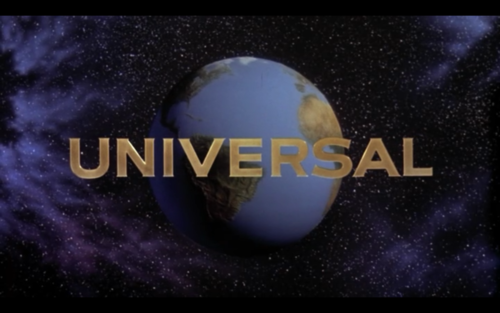 Description: The oldest of all these studio’s. It was founded in 1912.
The Boss: Carl Leammle Sr. and Jr, who had founded the studio. But they spent too much money and were forced out of the company when they were unable to pay back their loan in 1936. Afterwards, the struggling Universal switched owners a couple of times.
Most Important Stars: Tony Curtis, Rock Hudson, Donald O’Connor, Deanna Durbin, an older Lana Turner. 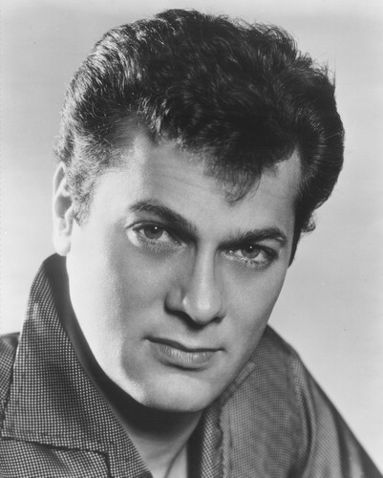 Most remembered films: Frankenstein, The Birds. 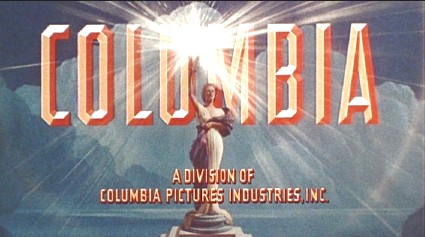 Description: When MGM’s Louis B. Mayer wanted to punish his stars, he would transfer them to Columbia Pictures, or ‘Siberia’ as they called it. However, the studio started to thrive when they started working with director Frank Capra in the 30’s.
The Boss: Harry Cohn, who started Columbia with his brother Jack. Harry is said to have been an intimidating man, who reportedly had listening devices all over the studio. Employees said that he could scream at you in his office and greet you charmingly at a dinner party a few hours later. Actresses who worked for him frequently said that he would demand sex in exchange for employment. A number of Hollywood mogul characters in movies are said to be based on Harry Cohn.
Most Important Stars: Rita Hayworth, The Three Stooges, Buster Keaton, Kim Novak, Judy Holliday, William Holden. 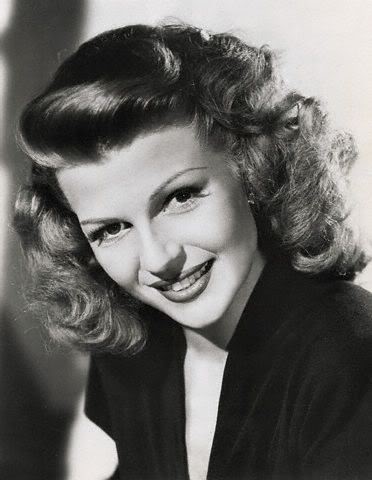 Most remembered films: Mr Deeds Goes To Town, From Here To Eternity.

Description: United Artists was formed by 4 actors who wanted to take control of their own careers: Mary Pickford, Douglas Fairbanks Jr., D.W Griffith and last but not least: Charlie Chaplin.
The Boss:  Joseph Schenck was the boss, until he left to start 20th Century Fox in 1933. In the 50’s, all four actors had sold their shares and lawyers turned producers Arthur Krim and Robert Benjamin took over.
Most Important Stars: The four founders and Joseph Schenck’s wife Norma Talmadge. 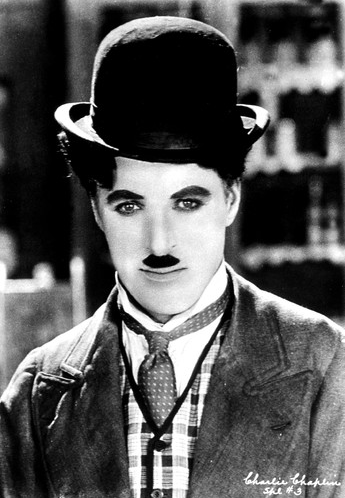 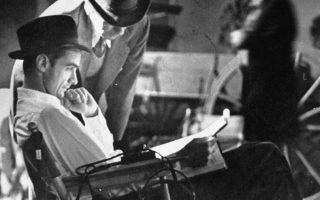