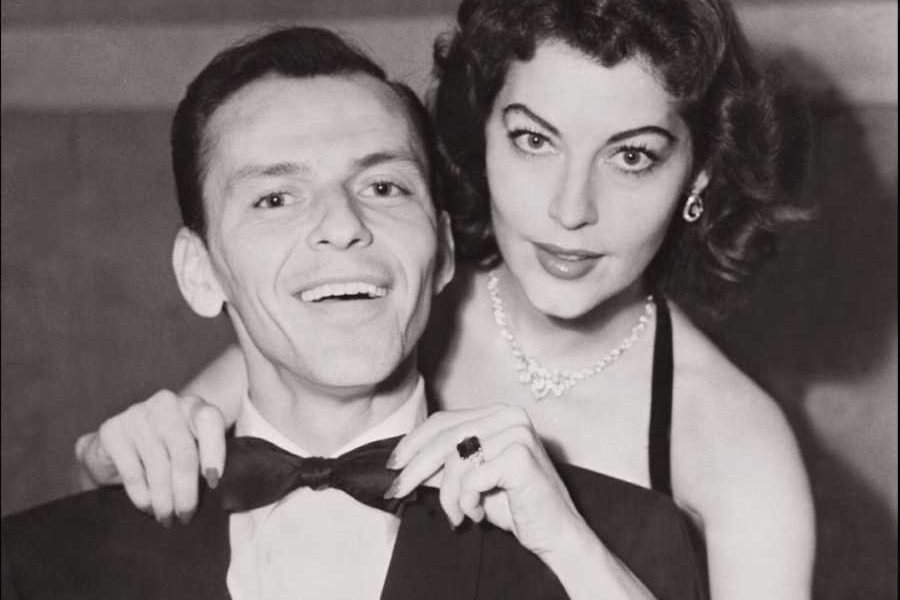 They were kindred spirits and they made a passionate, glamorous pair. Although their relationship did not last, their love for each other always did. Classic Hollywood Central takes a look at some of Classic Hollywood’s real-life love stories and continues this journey with the story of Ava Gardner and Frank Sinatra.

Ava Gardner was a shy starlet who was married to child star-turned-megastar Mickey Rooney when she first met Frank Sinatra at a nightclub. This did not stop him from saying that if she had not met Mickey first, he would have been the one to marry her. Frank would continue to speak admiringly about Ava and how much ‘class’ she had to his friends and colleagues. He never stopped flirting when he ran into her. When she moved into an apartment near Frank’s after her divorce, he would stand on the balcony with his friends and call out her name. She was flattered by his attention and they went out on a date. But Frank was still married to his high-school sweetheart Nancy, so Ava decided not to meet up with him again.
A few years later, in the beginning of 1949, Ava and Frank were both attending a party in Palm Springs. They talked, danced, laughed and kissed. This time, the two could not help themselves and they fell in love. When she got back to her hotel, Ava woke up her sister Bappie to tell her how much she liked Frank. Back in Hollywood, the two met up again. Frank told Ava that physically, emotionally and geographically he had been separated from Nancy a long time ago. That night they made love and according to Ava they ‘became lovers forever’. But Frank was still officially married, so they tried to hide their blossoming relationship. People in Hollywood were aware of it though.

Lana Turner even warned Ava not to date her former lover, because she was convinced that he would never leave Nancy. But Ava did not listen and the pair became reckless. After Frank sang at the newly opened Shamrock Hotel, pictures of Ava supporting him there were all over the newspapers. Nancy was done with Frank’s cheating and on Valentine’s day 1950 she announced her separation from Frank. The public was shocked  and Ava was bombarded with letters calling her a home wrecker, a Jezebel and worse.
This never stopped Ava and Frank though. The pair had a lot in common: both came from humble beginnings, were passionate to a fault and loved a good party.

But they had flaws in common as well: they liked to drink and were jealous and possessive. This made for some nasty fights between the two. A memorable one, was when Ava was having a drink with her second ex-husband Artie Shaw and his new girlfriend. Frank hated Shaw and went nuts. He called her, told her he wanted to commit suicide and fired a gun twice. Ava went straight to Frank’s hotel room and people in the hotel called the police. When Ava and the cops arrived, they found that Frank had shot the gun into his mattress to scare Ava. This type of thing was not unusual for them and they were both often exhausted from fighting all the time.
Their families loved the couple, though. Frank fit in well with Ava’s family full of Southern hospitality. Frank had not spoken to his parents for awhile, until Ava stepped in. His parents immediately embraced the vivacious Ava and his mother credited Ava with bringing her son back. Although Frank’s three children were obviously sad that their parents had divorced, they all got along well with Ava. His daughter Tina would later say that her father had met his match. In 1951, Frank’s divorce was granted and a few days later he married Ava.

At the time, she was the big star and Frank’s career was at an all-time low. He was certain a role in the new film From Here To Eternity would give him the career boost he needed and Ava used her star power to convince the studio to hire him. This was a golden move. Frank had been right: From Here To Eternity was a big hit and Frank was on top again. Sadly, their relationship was still rocky. When Ava found out that she was pregnant while filming Mogambo, she underwent an abortion. She felt that they could not provide the child with the stable family life it deserved.
Frank and Ava fought and got back together again and again. They went on new ‘honeymoons’ to try and fix their relationship, but usually one of them stormed out. For Ava the biggest problem was that she could never truly trust Frank. In her memoir My Story she said that a phone call from Frank announcing he was in bed with another woman was the final straw for her. She left Frank and the pair announced their separation in 1953. Frank became heavily depressed and it is said that he tried to slit his wrists in despair. It took until 1957 for the divorce to become final.

Though both of them were heartbroken after the break-up, Ava and Frank would always stay a part of each other’s lives. They remained friends and even attempted to reconcile a few times. It never worked out. Frank always had a picture of Ava in his house and in his dressing rooms and she kept a picture of the two of them on her bedside table.

Some fans say that Frank truly learned to sing the blues after his separation from Ava and many a song he released was inspired by her. They called and wrote each other and Ava even remained in touch with Frank’s children.
They still fought. When Frank invited Ava to come to Italy where he was filming Von Ryan’s Express in 1965, Ava drank too much and Frank called her a ‘falling-down drunk’. When Frank had a pneumonia a few years later, he messaged Ava that he needed her. She came over from London immediately, but became furious when she found him chipper and lively, instead of deathly ill.
Still, they’re love remained. Ava would often read Frank’s old letters and reminisce and Frank always sent her a giant bouquet on her birthday and told his friends he was certain they could have worked it out. When Ava suffered from a debilitating stroke which left her almost unable to speak in 1986, she still insisted on taking Frank’s calls. The nurse would hold the phone by her ear while he told her ‘I love you, baby’. When Ava became sick again a few years later, Frank chartered a private plane for her to see a specialist in America. Ava died from a pneumonia in 1990. Upon hearing the news, Frank wept uncontrollably and said that he ‘should have been there for her’. Frank passed away of a heart attack 8 years later. Friends and family of the two say that they remained the loves of each other lives until the end. 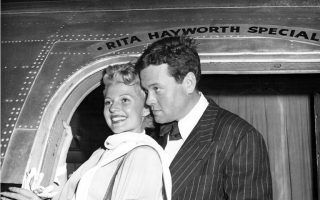