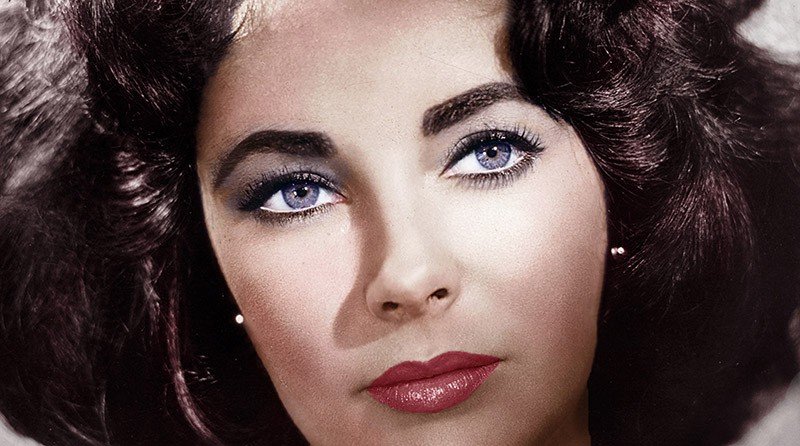 Elizabeth Taylor was known for her beauty. But this stunning brunette’s most ‘eye catching’ feature were her gorgeous eyes. Her eyes were distinct for two reasons: she was born with distichiasis, a genetic ‘disorder’ that produces an extra row of eyelashes, and her eye color was reportedly violet. There has never been a celebrity prior or since with that unique eye color and it quickly became her trademark. So enamored was Hollywood with her eye color that Cat on a Hot Tin Roof was shot in color solely to show off Elizabeth’s eye color, along with her co-star Paul Newman’s blue sparklers. The Australian film critic David Stratton recalls being taken aback by the color of Elizabeth’s eyes during a film premiere in 1973: ‘I was ushered into her presence at the official reception and found myself transfixed by her famous violet eyes. I have never seen eyes of that color before or since and I don’t believe cinema goers were able to appreciate how remarkable they were.’
In 2010 the very modern Elizabeth asked her followers on Twitter to name her new perfume. They chose ‘Violet Eyes’. So it is safe to say that her violet eye color was a part of her iconic beauty status. But have you ever seen anybody with violet colored eyes? Most likely the answer is: no. So were Elizabeth Taylor’s eyes truly violet?

A violet eye color does not occur naturally in human beings. The only exception being people with albinism whose eyes appear to be violet due to a lack of melanin. Elizabeth’s eye’s were probably a very deep blue that could look like violet in the right light. She also accentuated this effect by using a lot of blue and violet eye shadow shades throughout her career. This day and age, there are also people actively photoshopping her eyes in pictures to make them appear more violet, which makes it hard to determine which photos show her natural eye color. Though there are those that believe violet colored eyes might be possible due to a genetic mutation, most experts say otherwise. But Elizabeth did truly have distichiasis, the disorder that gave her a double line of eyelashes.
Really, it doesn’t matter if her eye color was truly violet or a deep blue. Everyone can agree, they were beautiful just the way they were.

Read more about Elizabeth Taylor in her profile or on her facts page. 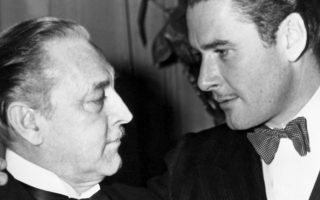