Myth: Lupe Vélez died by drowning in a toilet bowl.

This is one of the biggest urban legends of Hollywood and it has been recounted in shows like The Simpsons and Frasier. Lupe Vélez was a popular actress in the 1930’s and  1940’s, who was known for the Mexican Spitfire films. The film series was inspired by Lupe’s fiery personality and The Mexican Spitfire became her nickname. But while her career was doing well, her personal life was a bit messy and by 1944 she found herself pregnant and unwed. The relationship with the father of her child was rocky and she was so upset that she decided to end her life. According to legend, Lupe planned to stage a beautiful suicide scene. She did her hair and make-up, put on a beautiful nightgown, arranged fresh flowers and lit scented candles  in her bedroom. On her bed she took an overdose of Seconal, but it did not mix well with the spicy Mexican food she had eaten. She started to throw up and stumbled to the adjoining bathroom. There, she went headfirst into the toilet and subsequently drowned. Her housekeeper Juanita found her the next morning, still in the same position.

False!
This urban legend was started by the 1959’ book Hollywood Babylon by Kenneth Anger. A lot of the stories in this book have been mistaken for facts, even though most of them have been proven to be false. The same goes for the story about Lupe Vélez’ death.
Indeed she was pregnant and upset, her suicide note read: ‘To Harald, May God forgive you and forgive me too, but I prefer to take my life away and our baby’s before I bring him with shame or killing him’. It is also true that she meticulously planned her suicide scene: she wore a beautiful nightgown and fresh flowers surrounded her. But unlike Hollywood Babylon’s story claims, in real life she died the way she had intended to: peacefully on her bed. The coroner’s report and media coverage of the time all clearly state that she died on her bed and there is no mention of her bedroom being soiled. Moreover: since Lupe took 75 Seconal pills, which are extremely fast-acting, she would never have been able to make her way to the bathroom. When a short and petite woman like Lupe takes such a large quantity of these pills, she will almost immediately lose consciousness. In reality there was no housekeeper Juanita who found her with her head in the toilet bowl; her secretary Beulah Kinder found her lying on her bed as if she was asleep. 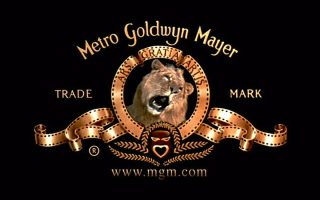