All of Doris’ grandparents were German immigrants.

Her mother had named her after silent film star Doris Kenyon. Coincidentally, Doris would become Kenyon’s neighbor while living in Beverly Hills in the seventies.

She had two brothers: her older brother Richard died before she was born.

Although Doris agreed with bandleader Barney Rapp’s decision to change her last name, she hated the name Day. She said it sounded as if she worked at a burlesque club.

Doris said her love for animals began when she was recovering from her car accident as a teenager. She got a dog called Tiny and took it out on walks everyday while using her crutches. But Doris did not use a leash and one day Tiny ran out on the street and was killed by an oncoming car. She was heartbroken and felt incredibly guilty. She credits this tragedy with sparking her interest in animal welfare.
Doris was good friends with Judy Garland and (her once boyfriend) Ronald Reagan.

Doris hated swear words and reportedly had a swear jar in her recording studio. She also refused to let her songs be used in movies that contained swear words.
Working with Alfred Hitchcock for The Man Who Knew Too Much made her very insecure. He rarely commented on her acting during filming and she thought he was unhappy with her performance. She later learned that he simply felt she did a good job and that there was nothing to comment on.

She didn’t like her hit song Que Sera Sera from the film The Man Who Knew Too Much.
After retiring from acting, Doris and her son Terry bought the Cypress Inn, a hotel near her home in Carmel. Of course it’s related to her work for animals: the hotel is known for its dog-friendly atmosphere.
Doris’ nickname among her friends was Clara Bixby. She got it from actor Billy De Wolfe while filming Tea For Two in 1950, when he said she didn’t look like a ‘Doris Day’ but more like a ‘Clara Bixby’.
Calamity Jane was her personal favorite of all the films she appeared in.
Although she was friends with frequent co-star Rock Hudson, she said that she had never known he was homosexual.

She was a staunch Republican and told the press she voted for George W. Bush in the 2000 and 2004 elections.
Doris had a terrible fear of flying stemming from the tours she did in the 40’s that resulted in some close calls in winter weather. She reluctantly flew to locations during her film career, but had not been on a plane for years when she passed. 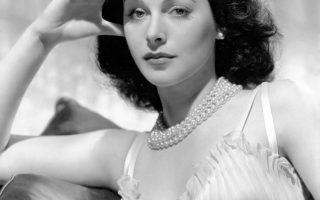