Read facts you never knew about Grace Kelly:
When Grace was a child her favorite actors were Ingrid Bergman and Joseph Cotton.
In her senior yearbook, her classmates predicted that she was certain ‘to become a great stage and screen star’.
Grace’s uncle was George Kelly, a Pulitzer Prize winning playwright. He and Grace were close and he was the one who encouraged her dream of acting and he helped her to get an audition at the American Studio of Dramatic Arts. 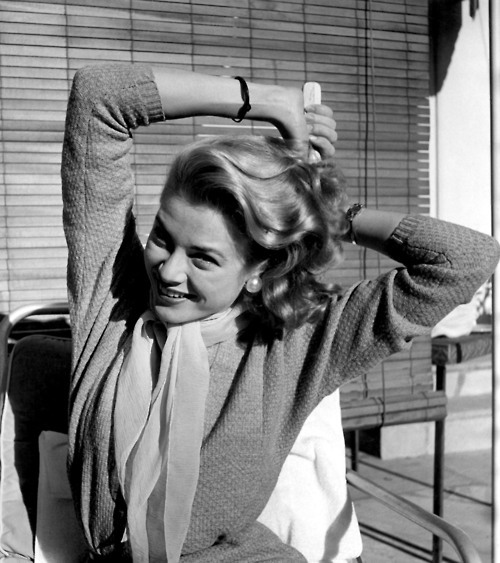 At the beginning of her career she was often criticized about her voice, which was high and flat, and her Philadelphia accent. She took lessons to bring her voice down, achieve clarity and depth and to lose her accent. The result was a slightly British diction and accent, for which her family teased her mercilessly.
Grace’s first television commercial had her spraying a can of insecticide around a room.
When reporters asked Grace’s father for a reaction to her Oscar win, Jack Kelly reportedly replied, ‘I thought it would be Peggy (Grace’s older sister). Anything Grace could do, Peggy could always do better. I simply can’t believe Grace won. Of my four children, she’s the last one I’d expect to support me in my old age.’ Obviously, Grace was very hurt by his comments.
All of her leading men were old enough to be her father (with the exception of William Holden, who was 11 years older than her). 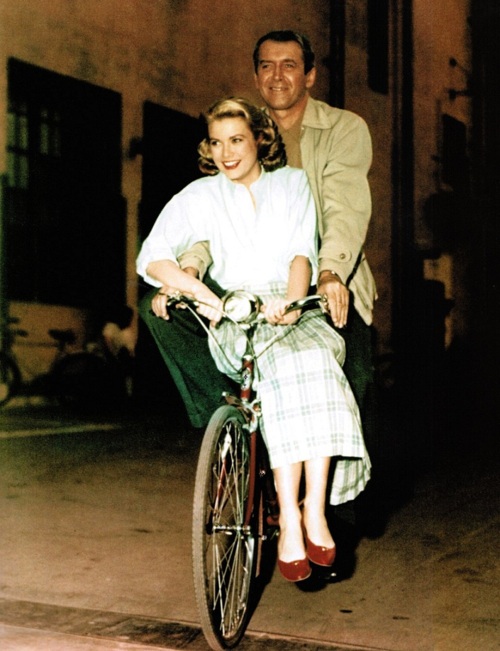 She was a registered Democrat and her family was close friends with Franklin D. Roosevelt during his administration.
She was Cary Grant’s favorite co-star.
Grace’s wedding gown was made by MGM designer Helen Rose and it was the most expensive garment the designer had ever made. It used twenty-five yards of silk taffeta and one hundred yards of silk net. Its 125-year-old rose point lace was purchased from a museum and thousands of tiny pearls were sewn on the veil. The shoes paired with Grace’s wedding dress were designed by David Evins. A copper penny was built into the right shoe for good luck.
Legend has it that Marilyn Monroe’s engagement congratulations to Grace read: ‘So glad you’ve found a way out of this business’.
After Grace and prince Rainier got married, the prince banned all of Grace’s films from being shown in Monaco. 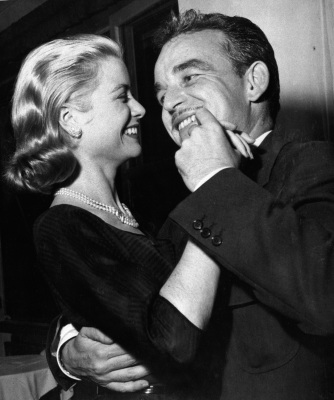 Although she was not able to make any more films after her marriage, she did join the board of Twentieth Century-Fox in 1976.
When she was pregnant with Caroline, Grace often used her Hemes bag to cover up her belly from the press. Hermes then nicknamed the bag ‘the Kelly bag’.
When she was alive, her Oscar was on a table in a private living room. These days, it is kept in her son Prince Albert’s private rooms.