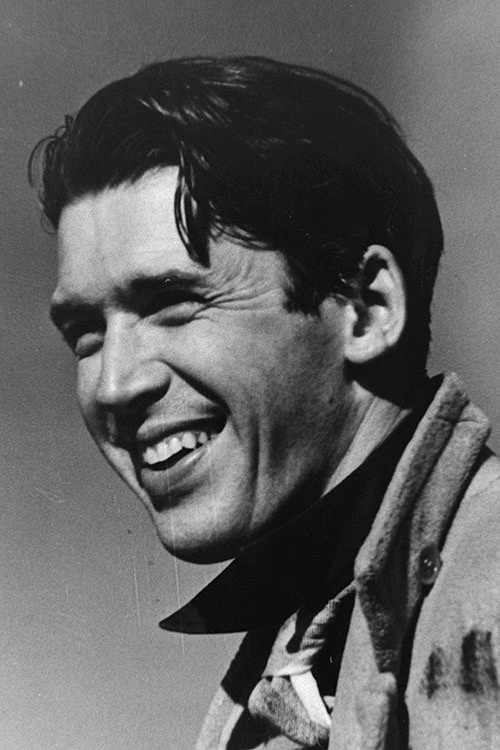 He sent the Best Actor Oscar he won in 1940 to his father, who displayed it in his hardware shop. It remained there for 25 years.

His image as the ‘guy next door’ was not fake. He genuinely disliked the glamour of Hollywood and avoided expensive clothes, fancy cars and the cliché Hollywood lifestyle.

Although Henry Fonda and James were best friends, they once got in a fistfight over politics. James was a republican and Henry a democrat. After this fight, they decided never to talk about politics with each other again.

James was one of the first stars to receive a percentage of the gross of his movies, a common practice today.
When James entered the service for Word War II, at 33, he was ten years older than the maximum required age limit. Furthermore, he was initially refused entry because he weighed five pounds less than the required 148 pounds.
While he served as an officer and pilot in the U.S Army Air Forces in World War II, one of the sergeants in his unit was Walter Matthau.
The reason James wanted to make Midnight Passage was that it gave him a chance to show off his skills as an accordion player. Little did he know that after filming all of his playing was re-recorded by a professional accordion player.

American President Truman was an admirer of James’ work and even said that if he’d had a son, he would have wanted him ‘to be just like Jimmy Stewart’.
There is a boy scout badge named after him: the James M. Stewart Good Citizenship Award.
James disliked Hollywood war movies, saying that they were hardly ever accurate. During his career he only starred in two war films: Strategic Air (1955) and The Mountain Road (1960).
He felt so embarrassed playing the romantic lead opposite Kim Novak, who was half his age, in Vertigo and Bell Book and Candle at age 50, that he stopped playing a romantic lead altogether.
After accepting his Honorary Oscar in 1985, the audience gave him a ten-minute long standing ovation, making the show run long.

When James was first sent to Europe to fly bombing missions, his father gave him a letter in which he wrote, “Jim, I’m banking on the enclosed copy of the 91st Psalm. The thing that takes the place of fear and worry is the promise of these words. I am staking my faith in these words. I feel sure that God will lead you through this mad experience. God bless you and keep you. I love you more than I can tell you. Dad.” He carried the letter with him for the rest of his life, and the words from the Psalm that his father gave him are written on his grave marker: “For He shall give his angels charge over thee to keep thee in all thy ways.”