Jean’s mother is seen as the original ‘stage mother’, the modern phrase for a woman who vicariously lives out her own dreams of stardom through her child.

Jean was photographed nude at the age of 17 by photographer Edward Bower Hesser in Griffith Park in 1928. She was not famous at the time, so the pictures were used for postcards.

Everyone at her studio MGM called her ‘The Baby’, her nickname since childhood. Clark Gable was the exception, he was so close to Jean that he called her ‘Sis’.

Jean had two superstitions: she always wore a lucky ankle chain on her left leg and she never left her dressing room without looking into her lucky mirror.
Jean refused the lead in King Kong (1933) and the lead in Freaks (1932).
Jean was Marilyn Monroe’s idol. Marilyn had loved her since she was a teenager and would talk about her frequently. Near the end of her life Marilyn was looking into playing Jean in a biographical picture on her life.
She was the godmother of Millicent Siegel, daughter of notorious mobster Bugsy Siegel.
She reportedly had two abortions during her lifetime. Not because she wanted to, but at the insistence of her mother and the studio. Some stories even suggest that her stepfather Marino Bello threatened to beat her up if she refused.
Jean went on a salary strike in 1934, during which she wrote a novel called Today is Tonight. The book was not published during her lifetime; it came out in 1965.

She would put ice on her nipples before scenes and photo shoots to appear sexier.

Jean lived across from superstar dog Rin Tin Tin’s owner. When Rin Tin Tin died at the age of 16, she went over to the house and cradled the dog’s head in her lap as he passed away.

Jean was the first actress on the cover of Life magazine, in May 1937.

Although it is a common staple in Hollywood now, Jean was the first actress with ‘platinum blonde’ hair. Her hairdresser used peroxide, ammonia, Clorox and Lux flakes to create the color. Obviously, the mixture was toxic for her hair and near the end of her life Jean wore wigs because her hair was falling out.

During the last weeks of her life, Jean was reading Gone With The Wind. She even reminded one of her nurses to pack it when she was admitted to the hospital. She never finished it. Ironically her good friend and ‘big brother’ Clark Gable would play the lead in the film version after her death.

Jean and fellow actress Hedy Lamarr were the primary inspirations for Catwoman. 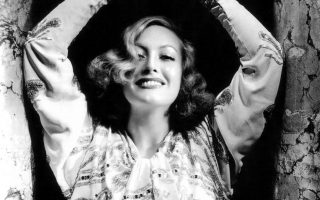