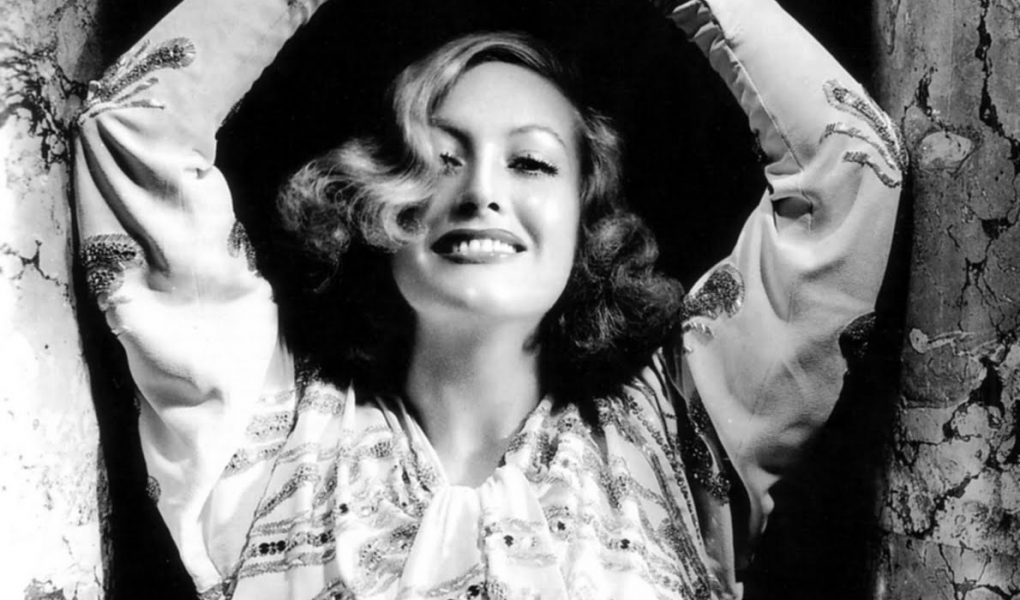 She never liked the name Joan Crawford. Her childhood nickname was ‘Billie’ and she preferred to be called that in private.

Joan was a major germaphobe, who washed her hands every ten minutes and immediately wiped off everything guests in her home had touched. Whenever she stayed in a hotel, she would scrub the bathroom before using it.

She was a favourite model of Walt Disney for his early animation projects.

Joan wasn’t happy with her thin lips, so in the 1930’s Max Factor himself created a look to fix this. He overlined her lips and spread her lipstick out over her cupid’s bow. This look was called ‘The Smear’ and is seen as the first popular use of overlining the lips to create more volume. It increased the sale of lipstick with 1500%.

She secretly paid the bills for many destitute patients at the Hollywood Presbyterian Hospital, but refused to acknowledge it when the donations were discovered by the press years later.

The adoption of her four children proved to be quite controversial. Since she was not legally allowed to adopt children as a single woman in California, she had to search for adoption agencies in other states. The agency she used turned out to be part of a black market baby ring.

Joan replaced Carole Lombard in They All Kissed The Bride (1942) after Carole died in an airplane crash. She subsequently donated all of her salary to the Red Cross and fired her agent for still taking his 10%.

She was friends with many other stars, like Myrna Loy, Barbara Stanwyck, Ann Blyth and Van Johnson.

She was a lifelong Democrat and still had a framed picture of John F. Kennedy in her house when she died.

Joan was very grateful for her fans and would answer all of her fan mail herself. This took up a great deal of her spare time.

Her biggest pet peeve was being told that she was someone’s mother’s favourite actress.

She became friends with a young Steven Spielberg when she appeared in an episode of Night Gallery that he directed in 1969. They kept in touch and he last received a note from Joan two weeks before she died.

When she passed away, Joan was no longer in touch with her two eldest children Christina and Christopher. They were both excluded from her will. Her two youngest got a modest $77,500 each out of her $2 million estate.

Although it is believed that Joan and Bette Davis hated each other, the truth is a bit more nuanced. Ten years after Joan’s death, Bette would say in interviews that Joan was a professional to work with. To Barbara Walters she said that Joan had come a long way from where she came from and that she would never take that away from her.