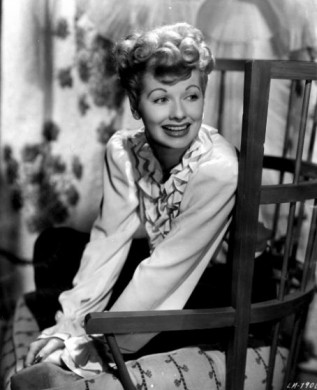 Lucille suffered from ornithophobia, the fear of birds. She felt it came from seeing birds on the windowsill when she was told of her father’s death at the age of four.

When she was a model, she went by the name Dianne Belmont.

When she was suddenly stricken by rheumatoid arthritis early in her modeling career, she moved back to Jamestown for a while and spent 2 years re-learning how to walk.

For a small role in Roman Scandals (1933), a young Lucy needed to have her eyebrows entirely shaved off. They never grew back and she always regretted it.

Lucy had already seen Desi in a play and found him very attractive. But the first time the two met, she had just finished a fight scene for a film and had a black eye, disheveled look and torn dress. Desi did not find her attractive at all, but was very impressed when they met again later that day and she had changed into her own clothes and make-up.
When they were first married in 1940, Desi had to give Lucy a ring from a drugstore because all jewelry stores were closed. She wore it for the rest of their marriage.
Lucy was good friends with Carole Lombard and even said that after Carole’s death she visited her in a dream to tell her that she should star in I Love Lucy.
Lucy found out she was pregnant on the radio. She had done a pregnancy test at the hospital and was waiting for the results. But the radio had some sources at the hospital who had already informed them of the results, before the hospital contacted Lucy and Desi.
Phillip Morris sponsored I Love Lucy. Lucy however, was a Chesterfield fan, so she put her Chesterfield cigarettes in a Phillip Morris package.

Lucy and Desi’s company Desilu and I Love Lucy pioneered a number of methods still used in television today such as filming before a live studio audience with a number of cameras, and distinct sets adjacent to each other. Desi is credited for these ideas.
Lucy once registered as a voter for the Communist party as a favor to her grandfather, who had become a big supporter of the party at his old age. This came back to haunt her when she was under investigation by the House Un-American Activities Committee in the 50’s. It made quite a stir, but she explained the situation and Desi famously quipped: ‘The only thing red about Lucy is her hair, and even that is not legitimate’.
When Lucy bought Desi’s share of Desilu, she became the first female president of a studio.
Lucy’s son famously dated actress Patty Duke. Lucy was not a fan and publicly opposed  to their relationship.

Her favorite movie she made was The Big Street (1942). Up to her dying day, she resented AMPAS for not recognizing her performance in the movie by including her for an Academy Award nomination.
Lucy’s business life was a family affair. Cleo Morgan, Lucille’s first cousin, was her secretary, scheduling meetings, dealing with clients and agents for the Desilu. Her younger brother, Fred often accompanied Desi’s band on tour during the 1940s and 1950s, and was also on the Board of Directors of Desilu Productions. 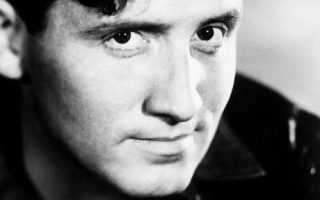