Read facts you never knew about Marlon Brando:
When Marlon was a kid, everybody called him Bud. Close friends and family would continue to do so throughout his life.
He was close friends with Wally Cox, who he had known since childhood. He took Wally’s sudden death at 48 very hard. He got a part of his ashes and even kept the pajamas Wally died in. Marlon’s son Miko revealed in 2004 that a part of his father’s and Wally’s ashes were scattered together.
He rarely followed a script or remembered all his lines. He liked to get to know a character and improvise, which caused problems with some scriptwriters and directors he worked with. 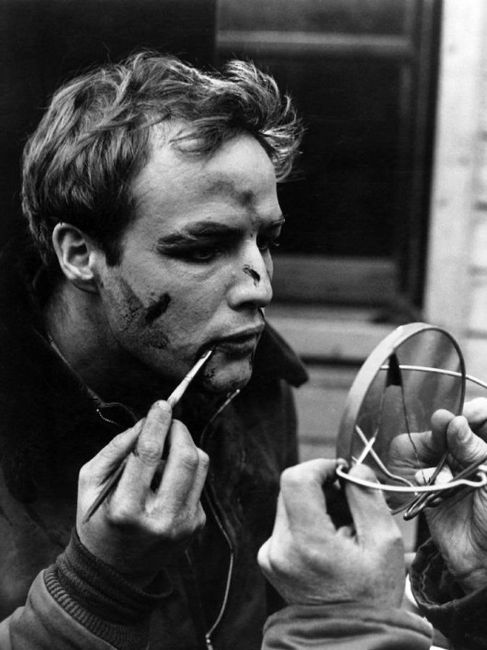 Even before his infamous weight gain, Marlon’s eating habits were out of control. His second wife Movita had to put a lock on their refrigerator to stop him from pilfering at night. In the 50’s and 60’s he turned to crash diets before filming, but eventually he did not care anymore and let himself go.
His signature was considered so valuable to collectors, that many personal checks he wrote were never cashed because his signature was usually worth more than the amount on the check.
Marlon was good friends with Elizabeth Taylor and Richard Burton. Richard wrote in his diary that he found Marlon intelligent, but that he believed Marlon suffered from becoming too famous too early in his life, just like Elizabeth.
He disliked the ‘Hollywood lifestyle’ and did everything he could to avoid becoming a stereotype. He hated Hollywood glamour girls, played the bongos, always travelled without an entourage and lived in a cheap apartment for a long time after he became a star. 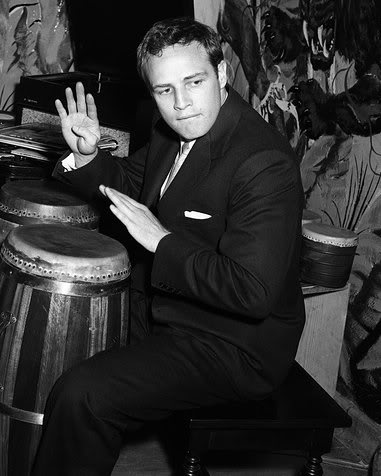 His son Miko was once a bodyguard for Michael Jackson. Marlon and Michael developed a strong friendship during this time. The last time Marlon left his bungalow in Hollywood was to stay at Jackson’s Neverland Ranch in the summer of 2003.
He related strongly to minorities, Native American Indians were especially close to his heart. He even let a Native American civil rights activist accept his 1973 Oscar for him in traditional attire as a protest against the misrepresentation of American Indians in Hollywood.
According to his best friend George Englund, he didn’t understand the fuss about his performance in The Godfather. He thought some of his other performances and movies were a lot better.
He believed his friend Marilyn Monroe was murdered. He spoke to her not long before her death and explained in his autobiography Song’s My Mother Taught Me: ‘If someone is terminally depressed, no matter how clever they may be, or how expertly they try to conceal it, they will always give themselves away. I’ve always had an unquenchable curiosity about people, and I believe I would have sensed something was wrong if thoughts of suicide were anywhere near the surface of Marilyn’s mind. I have always believed she was murdered’. 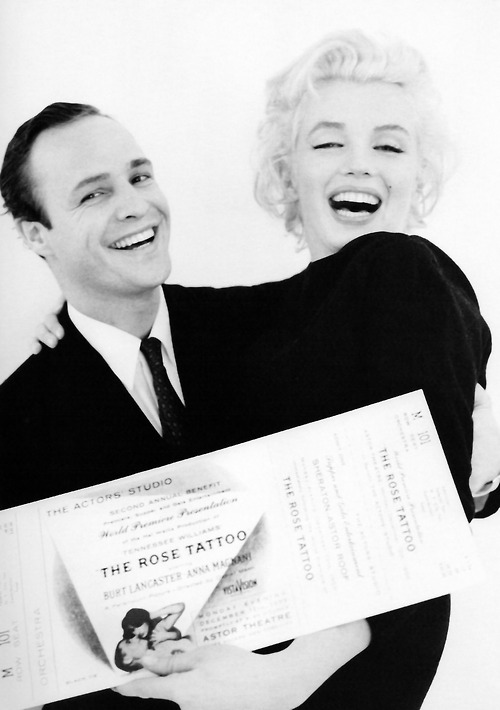 He referred to his good friend Johnny Depp as ‘the most talented actor of his generation’.
Because of his financial problems, Marlon accepted a $2 million deal to appear as a priest in Scary Movie 2 in 2001. He eventually had to withdraw when he was hospitalized with pneumonia.
He was an avid user of the Internet in his final years, he would reportedly go into chat rooms to start arguments.
In the last three years of his life, Marlon filmed a series of classes of him giving acting lessons to people like Sean Penn, Jon Voight and Nick Nolte. Marlon intended to call the series ‘Lying For A Living’, his view on acting, and to sell DVDs of it on shopping channel QVC. The DVDs were never released.