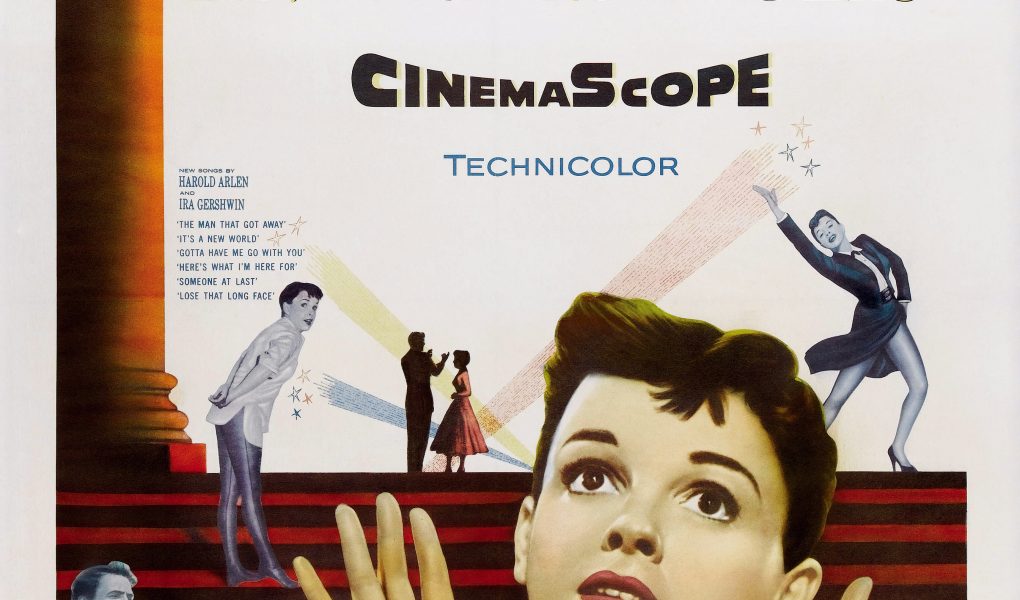 Norman Maine (James Mason), an alcoholic film star whose career is in decline, gives the unknown actress Esther Blodgett (Judy Garland) a big career boost. The studio decides to change her name into Vicki Lester and while her career flourishes, the two fall in love. The happy couple decides to get married and Vicki couldn’t be happier. But Norman’s career is going downhill and he finds himself unemployed and depressed.

The original trailer of A Star is Born:

–          A Star is Born is a remake of the 1937 film with Janet Gaynor and Fredric March in the lead. In 1976 the film was remade, with Barbra Streisand and Kris Kristofferson in the lead, and in 2018 with Bradley Cooper and Lady Gaga.

–          Remaking A Star is Born was the idea of Judy Garland’s husband Sid Luft. Judy had played the part of Vicki in the theater and the couple had just started a production company.  Sid felt that this would be the perfect project and convinced director George Cukor to make the film.

–          The role of Norman Maine was offered to actors like Humphrey Bogart, Frank Sinatra, Marlon Brando and Cary Grant, but they all declined.

–          They had shot a lot of footage when the studio decided they wanted the film to be filmed in Cinemascope. Therefore they had to shoot everything all over again.

–          This was not the only obstacle in filming: Judy Garland was still heavily depending on prescripted drugs, had extreme weight fluctuations and mood swings. Cary Grant’s then wife Betsy Drake stated that he did not take the role of Norman Maine because ‘Judy Garland was a drug addict’.

–          After filming the Academy Award scene where Vicki is accidentally slapped by a drunken Norman Maine, the whole side of Judy’s face was bruised.

–          When the film was finished the studio felt that it was too long. Director George Cukor had left for India for his next project and had no idea that they had cut two major musical numbers and one important dramatic scene. He was outraged and felt the film was now ‘painful to watch’.

–          Judy was recuperating from the birth of her son during the Academy Awards, so they sent a film crew to the hospital room just in case she would win. She lost to Grace Kelly in Country Girl. According to columnist Hedda Hopper, she lost by just six votes.

A Star is Born is a classic and remains a popular film to this day. It was Judy Garland’s comeback film and it is still one of her most popular features. Not only that, but the soundtrack is so popular, that is has never been out of print. In 1983 the film was restored. Although they had a hard time finding the missing scenes, some were found, such as two musical numbers.
A Star is Born remains a popular story. Not only was it remade with Barbra Streisand in the lead, but it is now a popular ‘new’ film with Bradley Cooper and Lady Gaga.