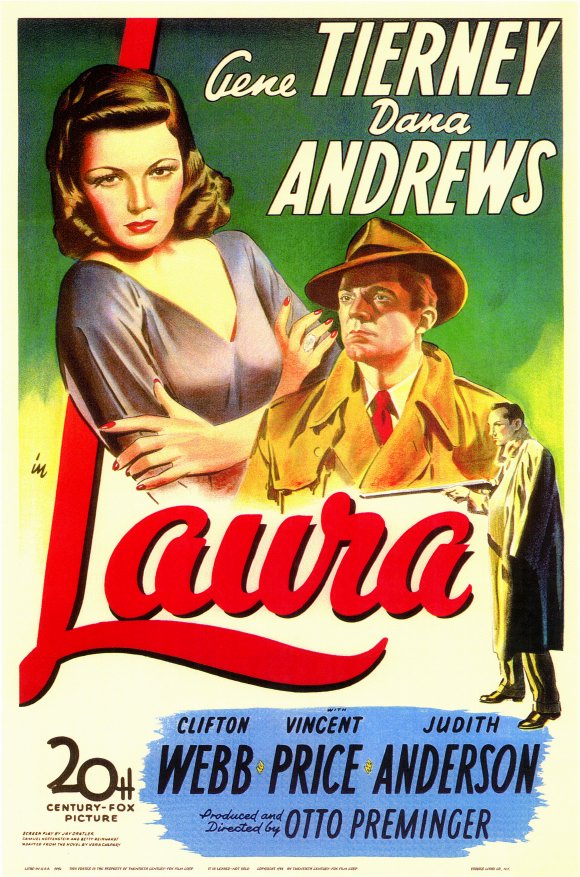 In Laura police detective Mark McPherson (Dana Andrews) is investigating the murder of the beautiful and successful Laura Hunt (Gene Tierney). He methodically questions the chief suspects: columnist Waldo Lydecker (Clifton Webb), social climber Shelby Carpenter (Vincent Price) and the wealthy Anne Treadwell (Judith Anderson). The more Mark gets to know about Laura, the more he becomes fascinated with her. As he sits in Laura’s apartment, obsessing, Laura walks through the door, very much alive!

The original trailer of Laura:

-The film is based on the 1943 novel Laura by Vera Caspary.

-Jennifer Jones, Hedy Lamarr and Rosalind Russell turned down the role of Laura, before relative newcomer Gene Tierney was asked.

-Directing of the film was begun by Rouben Mamoulian, but he was replaced by the film’s producer Otto Preminger, who scrapped all of Mamoulian’s footage and started from scratch.

-Rouben Mamoulian’s wife had been commissioned to paint the famous portrait of Laura, but when her husband was fired, her portrait went with him. Otto Preminger had a photo of Gene Tierney enlarged and smeared with oil paint to soften the lines, because according to him ‘paintings don’t photograph well’ and he wanted it to unmistakably look like Gene.

-MGM’s big boss Darryl F. Zanuck was opposed to casting Clifton Webb, because of his well-known homosexuality. Producer/director Otto Preminger got his way though and the 54-year old Webb was on-screen again for the first time since 1925 and was even nominated for an Oscar.

-Although the cast liked Otto Preminger and felt he was a great director, he made the cast and crew follow a grueling schedule. Clifton Webb later revealed that during filming he had to take Benzedrine in the daytime to keep him going and sleeping pills at night in order to fall asleep.

-Vincent Price considered Laura to be the best film he ever made.

-Despite the movie score not getting nominated for an Oscar, it proved to be so popular that the studio was flooded with requests for a recording of the theme song. Soon, sheet music and recordings were released and became a big hit.

-The famous theme song was originally called Judy, in honor of Judy Garland.

-Although Gene Tierney felt her performance was not much more then ‘adequate’, colleague Vincent Price felt she was an essential part if the film’s success. Gene’s then-husband Oleg Cassini claimed that Gene and Laura actually had much in common, especially since the problematic birth of their disabled daughter prior to filming, he said: ’After Daria’s birth, she seemed to die inside. There was a ghostly quality, an evanescence, to both Laura and Gene. Even after Laura is found to be alive, she has a certain mystery, an aura, that permeates the film and gives it much of its magic’. 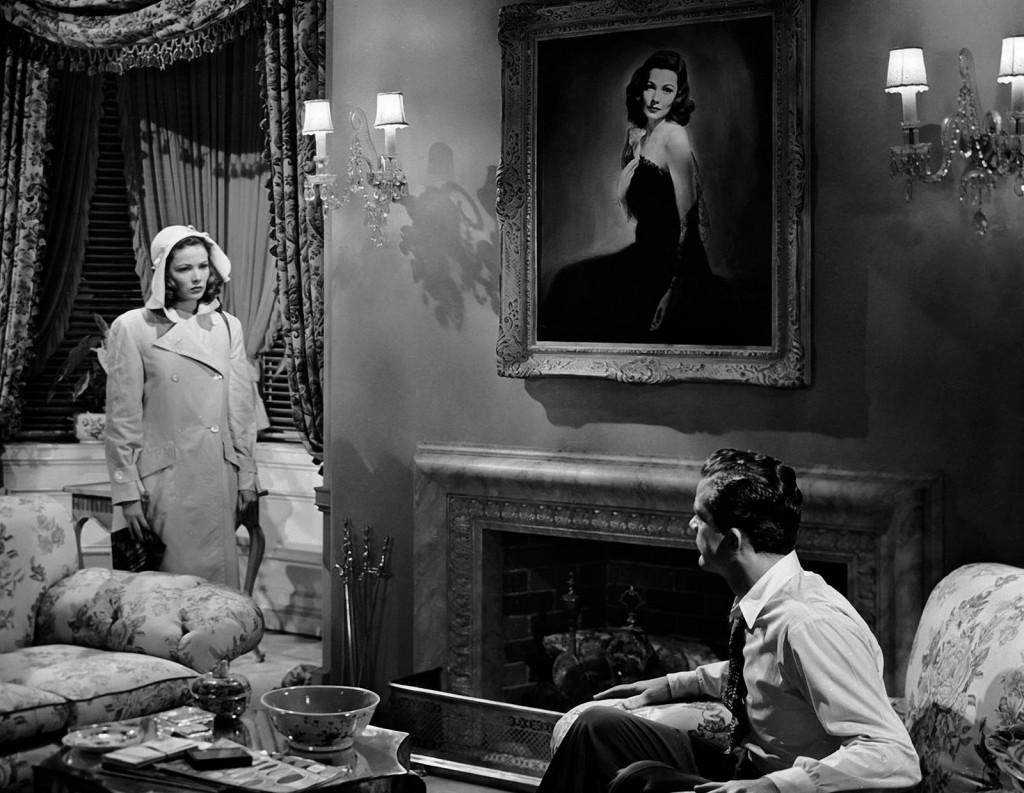 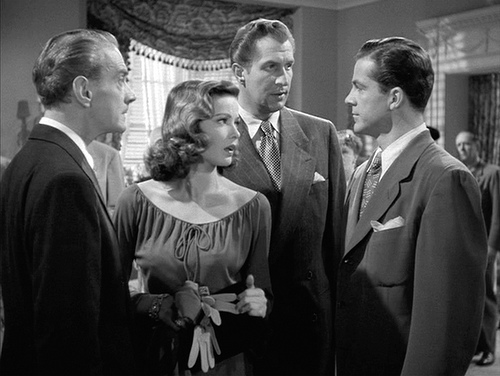 Laura is a classic film noir drama and a staple in Classic Hollywood history. For actress Gene Tierney it was the film that made her a star and Laura is the character that she is most associated with. She doesn’t just bring great acting to the film, but also a sense of mystery and a high class style that takes the film to a higher level.
Not to be ignored is the famous music in Laura. When Hedy Lamarr was asked why she turned the film down she said: ‘They sent me the script, not the score’. Which says plenty about the impact the music had on the quality of the film. In the end though, it was director, producer ánd initiator of the project Otto Preminger who deserves the most credit, as it is his vision that we see on-screen.