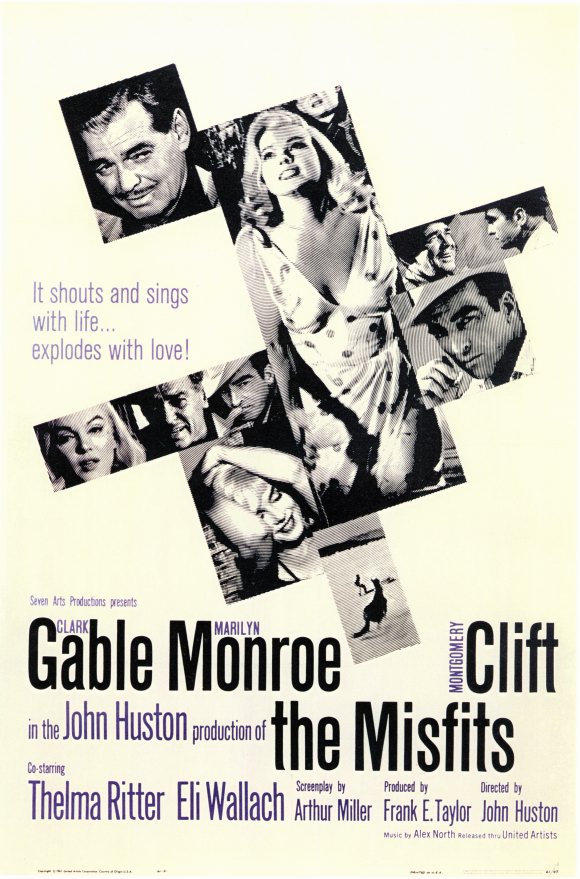 In The Misfits the recently divorced Roslyn Taber (Marilyn Monroe) falls for down-on-his-luck cowboy Gaylord Langland (Clark Gable). She joins him and his partners Guido (Eli Wallach) and Perce (Montgomery Clift) in the Nevada country. But Roslyn gets angry with the men when she finds out that the reason they look for ‘misfits’ (wild horses that are too small for any work) is to have them killed and turned into dog food.

The original trailer of The Misfits:

-Marilyn Monroe’s husband Arthur Miller wrote the script for The Misfits. Marilyn felt betrayed and ridiculed over how he had written her character, who was inspired by her. By the time filming started, their marriage was falling apart. They slept in different rooms, stopped speaking and Arthur started seeing on-set photographer Inge Morath, who would be his third wife.

-The director of The Misfits, John Huston, was very rough around the edges and the cast desperately sought his approval, which he rarely gave. Only Clark Gable was a little wary of him: they were both known for their womanizing, hunting and drinking and felt competitive towards each other.

-Marilyn was terrified of working with Clark Gable. As a child she thought that Clark Gable was her father and she had idolized him tremendously. But there was no need to worry: Clark was very kind to her on set and they got along well.

-Clark Gable reportedly felt out of place during filming, because Marilyn Monroe, Montgomery Clift and Eli Wallach all practiced Method Acting. As an old school actor, this new technique was entirely foreign to him. Still, he was so impressed with Montgomery Clift, that he stayed to watch his scenes even when he was done for the day.

-Both Marilyn Monroe and Montgomery Clift had health problems and abused alcohol and prescription medication. Marilyn reportedly even said that Monty was the only person she’d ever met who was in worse shape than her. Just in case, there was a doctor on call 24 hours a day and during filming Marilyn was hospitalized ten days to detox.

-Director John Huston filmed his longest take ever for The Misfits: a five minute exchange between Montgomery Clift and Marilyn Monroe. Nobody believed the two could pull it off, since they were notorious for their problems remembering lines (possibly fueled by their shared insecurities and addiction to prescription medication). Both actors were so concerned for each other, however, that they gave Huston two perfect takes in six tries.

-This was the last completed film for both Clark Gable and Marilyn Monroe. Clark died of a heart attack shortly after filming ended and Marilyn died of an alleged drug overdose a year and a half later.

-Marilyn Monroe blamed herself for Clark Gable’s death, because rumor had it that her chronic tardiness and health problems had agonized him. However, Clark had failed his first medical exam for the film because of his own health problems and had already suffered a heart attack before. So when Marilyn called his widow Kay to apologize, Kay assured her it wasn’t her fault and even invited her to her newborn son’s christening.

–The Misfits was on television the night Montgomery Clift passed away of a heart attack, in 1967. His live-in secretary asked if he wanted to watch it and his response was: ‘absolutely not’. It were the last words he ever spoke. 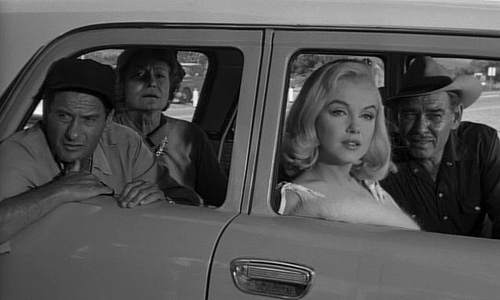 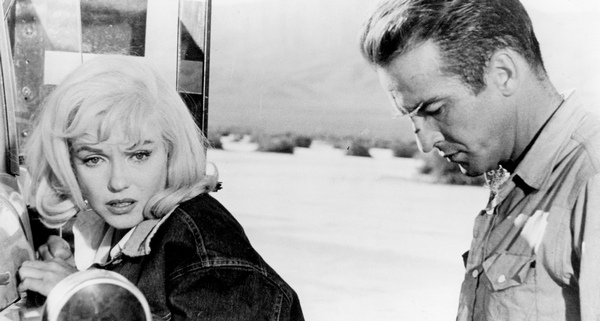 The expectations surrounding the release of The Misfits were sky high, because of the star power of the writer, director and actors. Unfortunately, the film failed to perform well at the box-office and was even considered a ‘box-office disaster’. But as time went by, The Misfits was appreciated by audiences more and more. Not in the least because of the performances of all four of the principle cast: Marilyn Monroe, Clark Gable, Montgomery Clift and Eli Wallach. By both critics and audiences their performances are hailed as superb and even the best of their collective careers. The Misfits is highly regarded today and the dvd release made more money than the box-office release ever did.
The Misfits is mostly special because of the unique combination of iconic artists, both in front of and behind the scenes. The film is a study of creative talent at its best. Especially for fans of Marilyn Monroe and Clark Gable the film is special because it’s their last completed work.