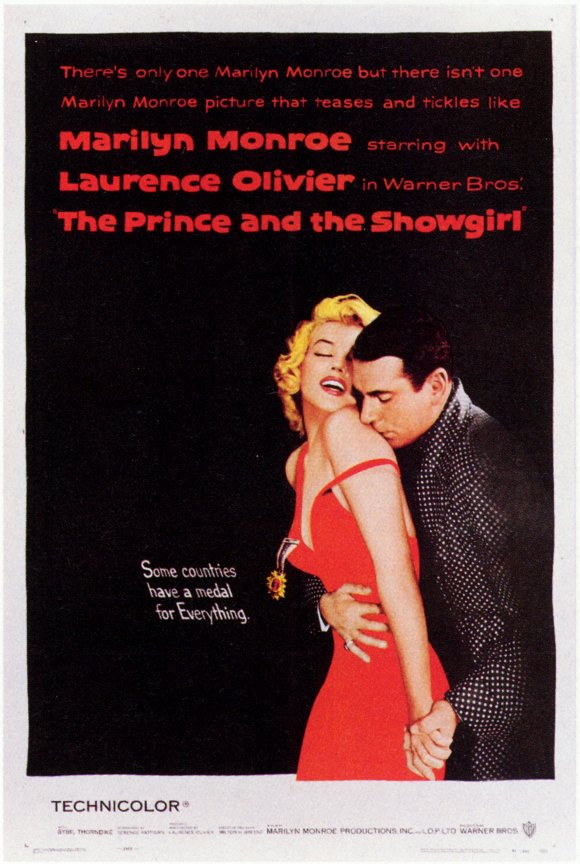 In The Prince and the Showgirl Grand Duke Charles (Laurence Olivier), the prince-regent of Carpathia, a fictitious Balkan country, visits London for the coronation of the new British King in 1911. After spending an evening at the Coconut Girl Club, he invites clumsy, but charming understudy Elsie (Marilyn Monroe) over for a intimate supper. At the supper Elsie wards off his advances, but has too much to drink and falls asleep. When she wakes up, Charles wants her gone, but she has fallen in love with him.

The original trailer of The Prince and the Showgirl:

– Laurence Olivier was not just one of the leading actors of the film, but also the director.

– This was the first film made by Marilyn Monroe’s own production company and she reportedly received 75% of the film’s profits.

– Laurence Olivier had already played the role of Grand Duke Charles on stage in London, alongside his wife Vivien Leigh.

– Both Marilyn and Laurence had high hopes for the film: Marilyn hoped it would make people see her as a serious actress and Laurence hoped Marilyn’s freshness and glamour would rub off on him and rejuvenate his career.

– The Prince and the Showgirl is mostly famous for its troubled leading lady. Marilyn was suffering from various illnesses, was relying more and more on prescribed drugs and alcohol and her relationship with husband Arthur Miller was falling apart. As a result, she delayed filming and sometimes had trouble saying her lines right.

– Three or four different copies of Marilyn’s white dress were made to accommodate her fluctuating size.

– Marilyn was so insecure, she would not do anything without consulting her acting coach Paula Strasberg. Laurence had such a strong dislike for Paula, he ordered her off the set at one point and Marilyn refused to continue shooting until she was called back.

– Two days before Marilyn arrived in England, Vivien Leigh announced she was pregnant. Three weeks into filming she miscarried. Marilyn reportedly had a miscarriage during this period as well.

– Marilyn Monroe had started to rely heavily on Method-training, which asked for a motivation behind every line or gesture. This led to clashes with the classically trained Laurence Olivier, who thought The Method was nonsense.

– Although Laurence was very frustrated at the time, he later admitted all the tribulations of working with Marilyn had been worth it. Saying the camera had captured only her magic, without any of her doubts or frailties. 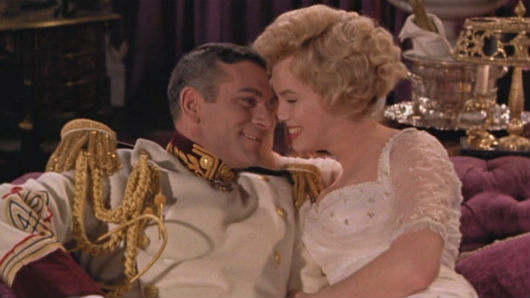 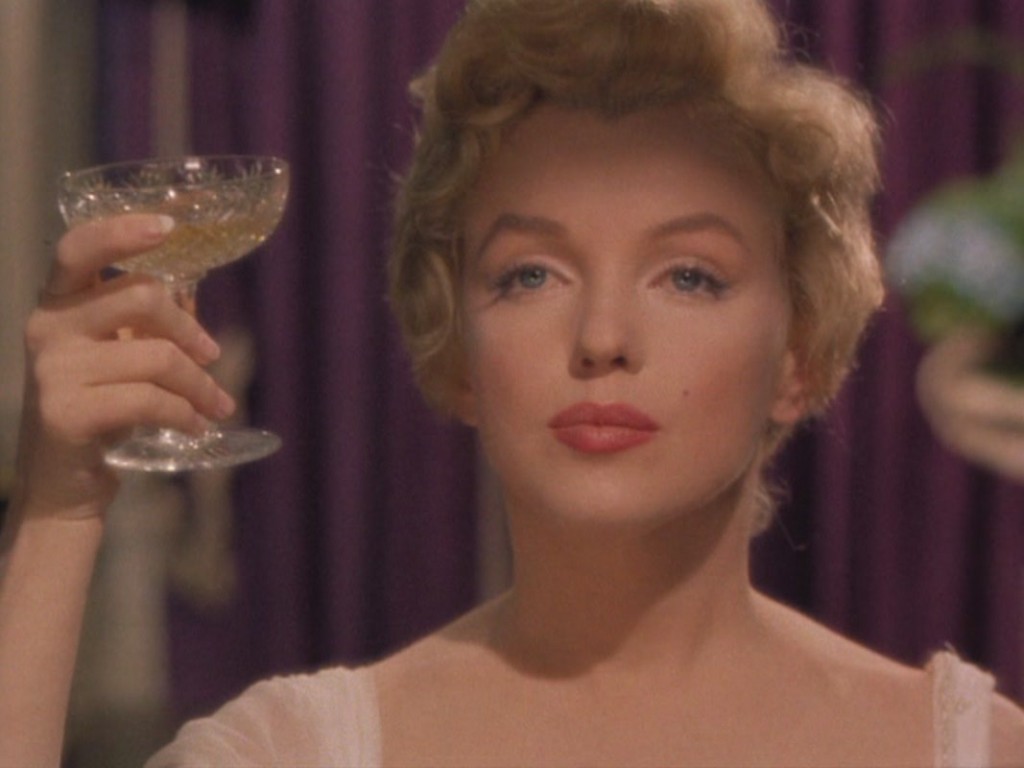 The Prince and the Showgirl wasn’t a big success at the time and it is mostly remembered for its two brilliant leading actors. Laurence Olivier was already a highly respected actor and he knew the role of the Grand Duke well because he had played it on stage before. However, for the comical note we must turn to Marilyn Monroe. Although she was seen as a sex symbol and nothing more at the time, The Prince and the Showgirl proved her knack for comedy once again. Despite the problems during filming, she sparkles onscreen and seems to float through the movie effortlessly. It is her character Elsie that gives the movie comedy and flair, but it’s the pairing of these two icons that makes The Prince and the Showgirl a classic.