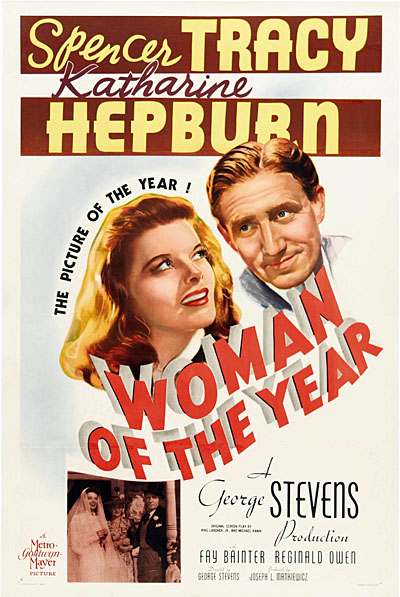 In Woman of the Year Tess Harding (Katharine Hepburn) and Sam Craig (Spencer Tracy) are two journalists who carry out their feud in their respective columns. Until they meet face to face. The two fall in love and get married. But their marriage is strained from the beginning due to their diverging lifestyles and when Tess is voted ‘Woman of the Year’ Sam gets jealous and walks out….

The original trailer of Woman of the Year:

–          Woman of the Year was Katharine Hepburn’s passion project. She contributed significantly to the script, reading every version and suggesting cuts and changes. She also negotiated with studio MGM and made sure that the writers received good salaries.

–          The inspiration for Tess Harding was real-life journalist Dorothy Thompson and the inspiration for Sam Craig was one of the writers’ father Ring Lardner Sr., who is still known for his short stories.

–          Katharine was allowed to choose her co-star and she chose Spencer Tracy because she had always admired him as an actor. It would be the start of their famous relationship and they would star in another eight films together.

–          Katharine Hepburn would later recall in her memoir that when the producer introduced her to Spencer, she was wearing high heels and said: ‘I’m afraid I’m a bit too tall for you, Mr. Tracy’. The producer replied: ‘Don’t worry, Kate, he’ll cut you down to size’.

–          The first choice for director was George Cukor, but they eventually went with George Stevens because he was more of a ‘man’s man’. Katharine and the studio thought this would put Spencer Tracy more at ease. Ironically, Spencer would later become good friends with the openly gay George Cukor and he would direct Katharine and Spencer in their later films.

–          The ending for Woman of the Year was rewritten, because it did not do well with test audiences. This was done without Katharine Hepburn or the writers’ knowledge and they were furious when they found out. The original ending has been lost ever since.

–          A Broadway musical version of the story would open in 1981. Katharine’s friend Lauren Bacall played the role of Tess and earned a Tony Award for her work. 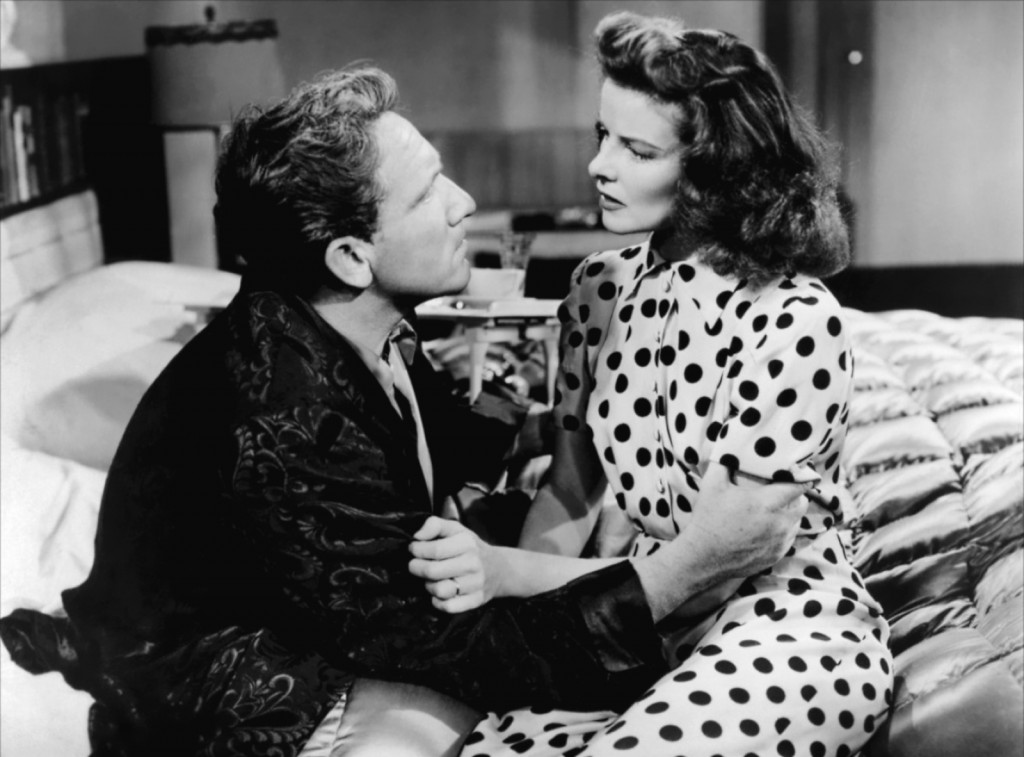 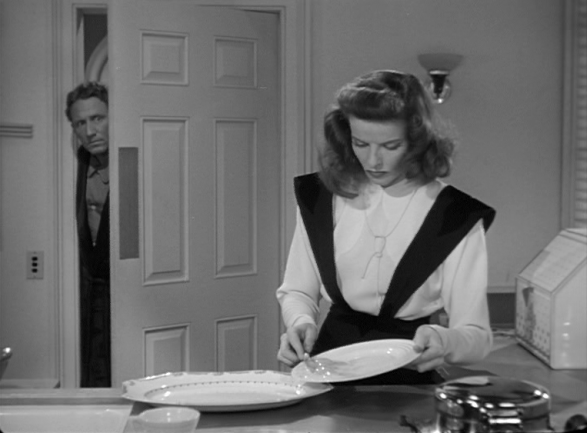 Although it is now considered a great, but light-hearted romantic comedy, Woman of the Year was far more. It was one of the first comedies to feature a confident, independent and successful leading lady. This was the exact intention of Katharine Hepburn and the writers. Katharine’s influence is an important part of the film and you can tell that Tess Harding is not entirely fictional.
The storyline and comedy in the film are of high standard, but it’s the chemistry between the two leading actors that brings it to another level. It’s a joy to watch these two icons together and you can feel that their chemistry is not an act. Woman of the Year is the first film to feature the couple together and it may be their most popular one today. The storyline, comedy and chemistry is timeless and it is therefore a beloved classic amongst movie fans.