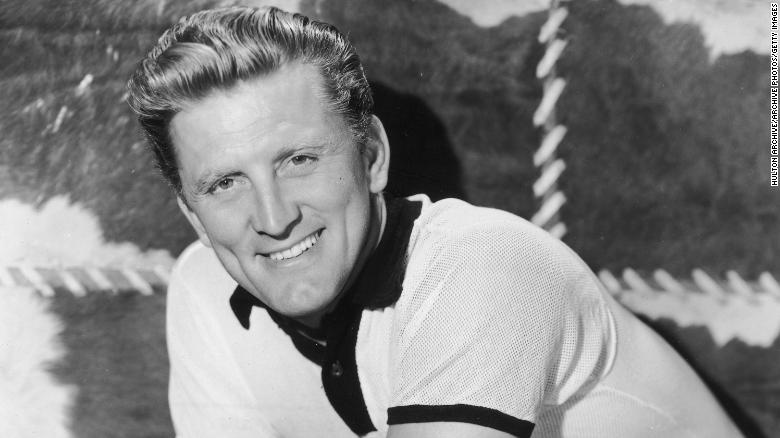 Yesterday, Classic Hollywood actor Kirk Douglas passed away at the age of 103. Kirk was one of the last surviving movie stars from Hollywood’s golden age and is most known for his role in the classic feature Spartacus. He is survived by his wife of 65 years, Anne, three sons, seven grandchildren and a great-granddaughter.

“It is with tremendous sadness that my brothers and I announce that Kirk Douglas left us today at the age of 103,” his son Michael Douglas wrote on his Instagram account. “To the world he was a legend, an actor from the golden age of movies who lived well into his golden years, a humanitarian whose commitment to justice and the causes he believed in set a standard for all of us to aspire to. But to me and my brothers Joel and Peter he was simply Dad, to Catherine, a wonderful father-in-law, to his grandchildren and great grandchild their loving grandfather, and to his wife Anne, a wonderful husband.”

Kirk Douglas was born Issur Danielovitch Demsky, the son of Russian immigrants. He won a scholarship to the Academy of Dramatic Arts in New York where his classmates included a young Lauren Bacall. His big break would be his role in the film Champion in 1946, which earned him his first Academy Award nomination for Best Actor. In his heyday Kirk appeared in as many as three movies a year. He starred in succesful movies such as Out of the Past, The Bad and the Beautiful and Lust For Life. He formed his own production company in the mid-1950’s. With his Bryna Productions he developed his two best known pictures – Paths of Glory and Spartacus, both directed by Stanley Kubrick.

Despite suffering a debilitating stroke in 1996, Kirk continued to be active. He made his final screen appearance in 2004, playing a dying film director in the low budget drama Illusion. He appeared in a one man show, Before I Forget, at the Culver theatre in March 2009.
In December 2017, Kirk welcomed his first great grandchild Lua Izzy. She was named after her great-grandfather: Izzy was his childhood nickname.