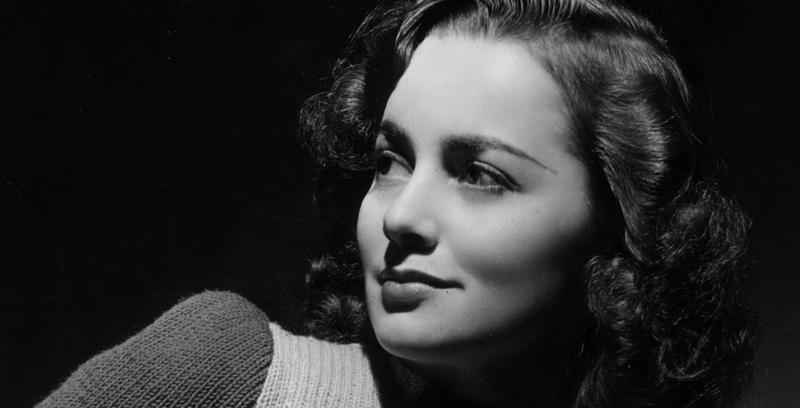 Olivia de Havilland, arguably the last star of the Hollywood Golden Age, has passed away at age 104. On Sunday June 26, news came that the actress died peacefully in her sleep. Olivia was beloved by Classic Hollywood fans all over the world. She was best known for playing Melanie in the classic Gone With The Wind and for inspiring the ‘De Havilland Law’.

Olivia was born in Tokyo, Japan in 1916 and was the big sister of fellow actress Joan Fontaine. The family soon moved back to America, where Olivia would grow to love the stage. She defied her stepfathers orders by playing the lead in school plays and went on to do community theatre. There, Olivia was discovered by Austrian director Max Reinhardt. Although she wanted to finish college, he persuaded the 18-year old to sign a contract with movie studio Warner Bros. Olivia quickly became a star when she was paired up with actor Errol Flynn in Captain Blood and The Adventures of Robin Hood. She went on to star in seven more films with the legendary actor and the two shared a close bond. But her biggest success would be playing the gentle and kind Melanie opposite Vivien Leigh as the fiery and selfish Scarlett in Gone With The Wind. She was applauded for her performance and she always held Melanie dear to her heart. The role earned her the first of five Oscar nominations, of which she would go on to win two.

But The Studio System that was in place in Classic Hollywood was demanding. When signing a contract with a studio, an artist would sign away years and years of their lives. The studio dictated what roles they played, what image they maintained and what to say in interviews. Because she had turned down a few roles they assigned her to, they kept adding years to her contract. Which she felt was unfair. In 1944, Olivia had had enough and she took Warner Bros to court. Bette Davis had tried the same thing before her, but failed. Olivia won and the De Havilland Law was born. It states that studios cannot let artists sign a contract that lasts longer than seven years. Even in the final decades of her life, actors would thank Olivia for her perseverance.

Another famous aspect of Olivia’s life was her ‘feud’ with sister Joan Fontaine. The sisters co-starred in The Dark Mirror in 1946, but were estranged in later life. Olivia married first husband Marcus Goodrick that same year and they had son Benjamin together. The pair were divorced a few years later. Still, Olivia longed for a family and in the early 50’s she married Paris Match editor Pierre Gallant. Olivia moved to France with Benjamin and had daughter Giséle with Pierre. She loved her family life in France and would film a movie in America whenever she felt like it. Like in 1964 when she filmed Hush…Hush, Sweet Charlotte with good friend Bette Davis. She also published a book in 1962, a collection of observations about life in France titled ‘Every Frenchman Has One.’ She divorced Pierre in 1979, but remained happily in France. She lived in the same three-story house in the Bois de Boulogne in west Paris, where she first moved to in the 50s until her death.

In the 90’s, Olivia took care of her ex-husband and her son Benjamin when they were sick. Both passed away. Olivia relied on her faith to get her through this time and would visit the American Cathedral in Paris often. She maintained an active lifestyle and had a strong bond with her daughter Giséle. She was happy to talk about her role in the classic Gone With The Wind in retrospectives. Olivia said the movie – and seeing her old friends on screen – brought her great joy. She never missed Hollywood, because the Golden Age she was a part of was gone. ‘I don’t need a fantasy life as once I did’, she said in 2017. But Classic Hollywood fans were always delighted at the diligence with which she answered fan mail well into old age. The US gave her the National Medal of Arts in 2008, France made her a chevalier of the Légion d’honneur in 2010, and in 2017 she was made a Dame. A picture of her riding a bike in her 90’s still makes the rounds on social media, as an example of enjoying old age. As she told Vanity Fair in 2005: ‘I would prefer to live forever in perfect health, but if I must at some time leave this life, I would like to do so ensconced on a chaise lounge, perfumed, wearing a velvet robe and pearl earrings, with a flute of champagne beside me and having just discovered the answer to the last problem in a British cryptic crossword.’