Ruby Dee, the award-winning actress whose seven-decade career included triumphs on stage and screen, has died. She was 91. Her daughter Nora Davis Day told The Associated Press on Thursday that her mother died at home at New Rochelle, New York, on Wednesday night of “natural causes”, surrounded by her family. Ruby — often with her late husband, Ossie Davis — was a formidable force in both the performing arts community and the civil rights movement.
Her acting career started in New York in the 1940s, first appearing onscreen in the 1946 musical “That Man of Mine.” A role in “The Jackie Robinson Story” brought her national attention. In 1965, she became the first black woman to play lead roles at the American Shakespeare Festival. On television, Dee was a leading cast member on the soap operas “Guiding Light” and “Peyton Place”. As she aged, her career did not ebb. Dee became known to a younger generation with roles in two Spike Lee films. She co-starred with Davis in Lee’s “Do the Right Thing” and in his 1991 film “Jungle Fever.”Ruby’s long career earned her an Emmy, a Grammy, two Screen Actors Guild awards, the NAACP Image Award, Kennedy Center Honors, the National Medal of Art and the National Civil Rights Museum’s Lifetime Achievement Award. She got an Oscar nomination at age 83 for best supporting actress for her role in the 2007 film “American Gangster.”
Since meeting on Broadway in 1946, she and her late husband Ossie Davis were frequent collaborators. But they were more than a performing couple. They were also activists who fought for civil rights. The couple were master and mistress of ceremonies at the 1963 March on Washingon, and she was friends with the Rev. Martin Luther King Jr. and Malcolm X. The couple’s push for social justice was lifelong: In 1999, the couple was arrested while protesting the shooting death of Amadou Diallo, an unarmed African immigrant, by New York City police. In 1998, they released a dual autobiography, “With Ossie and Ruby: In This Life Together.” In 2005 Ossie passed away.
Ruby Dee is survived by three children and seven grandchildren. 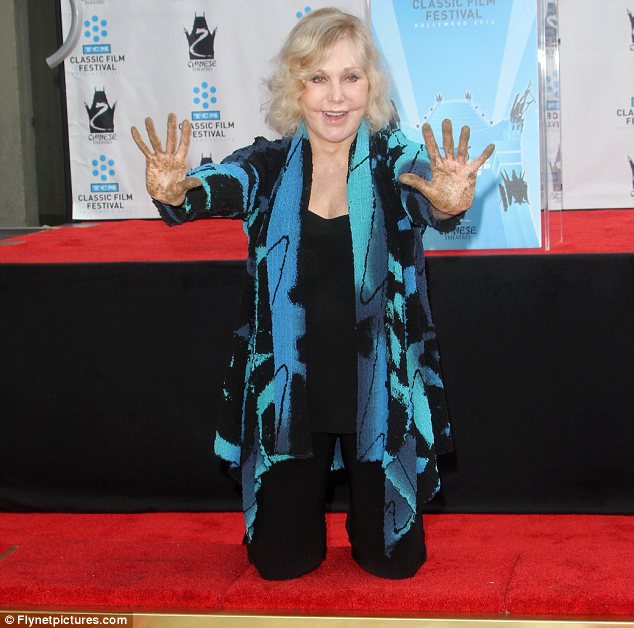