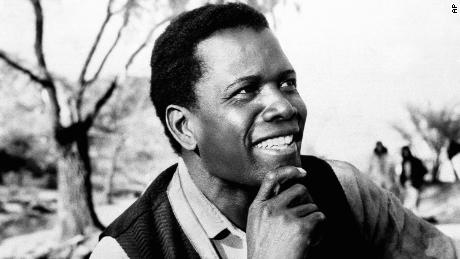 Sidney Poitier, Hollywood’s first Black movie star and the first Black man to win the best actor Oscar, has died. He was 94. He was known for his roles in social-issues dramas including In the Heat of the Night; To Sir, With Love; and Guess Who’s Coming to Dinner. Poitier was the oldest living Best Actor Academy Award winner.

Poitier was born in Miami on Feb. 20, 1927, and raised on a tomato farm in the Bahamas, and had just one year of formal schooling. He struggled against poverty, illiteracy and prejudice to become one of the first Black actors to be known and accepted in major roles by mainstream audiences.

He began his acting career in New York theater, soon earning roles in the social-drama film Blackboard Jungle (1955) and the Tony Curtis two-hander The Defiant Ones (1958), the latter earning Poitier his first Academy Award nomination and a BAFTA for Best Foreign Actor. The following year, Poitier originated the lead role of Walter Lee Younger in Lorraine Hansberry’s A Raisin in the Sun, opposite Ruby Dee. He would later reprise the role in the film adaptation.
He was the first African American man to win an Oscar, in 1963 for Lilies of the Field. Poitier had a string of critical and box-office successes in the 1960s, playing detective Virgil Tibbs in In the Heat of the Night and starring in films tackling social issues, like To Sir, With Love and Guess Who’s Coming to Dinner, both in 1967. The latter film debuted only six months after interracial marriage was legalized in all states. He continued acting well into the 90’s: last movie role was The Jackal in 1997. By 2000, Poitier had retired from acting, choosing instead to play golf and focus on writing. All in all, he wrote three books: This Life (1980), The Measure of a Man: A Spiritual Autobiography (2000) and Life Beyond Measure: Letters to My Great-Granddaughter (2008).

Beyond his screen roles, Poitier was involved in civil-rights activism, working with his close friend Harry Belafonte to help organize the March on Washington and later plan the memorial of Martin Luther King Jr. after his assassination. He served as the Bahamian ambassador to Japan from 1997 to 2007; from 2002 to 2007, he also served as the Bahamian ambassador to UNESCO. Poitier was knighted by Queen Elizabeth II in 1974 and received an honorary Oscar in 2002.
In all, he acted in more than 50 films and directed nine, starting in 1972 with Buck and the Preacher, in which he co-starred with Belafonte. Poitier is survived by his wife, Joanna Shimkus Poitier; his daughters; grandchildren; and great-grandchildren.