Jewels belonging to Gone With The Wind star Vivien Leigh will go under the hammer alongside some of the actress’ most prized personal possessions. Dozens of pieces of jewelry, as well as paintings, books, furniture and clothing once owned by the star, will be included in “Vivien: The Vivien Leigh Collection,” an auction scheduled for Sept. 26 at Sotheby’s in New York.

The jewelry includes a mid-19th century bow-shaped diamond brooch; a wristwatch from 1940 with rubies and diamonds; and a natural pearl and diamond necklace and earrings set. There also is a 1920s wristwatch with a rectangular dial beneath a lid of polished onyx, made by the jeweler Hamilton and Co. in Kolkata, then called Calcutta. 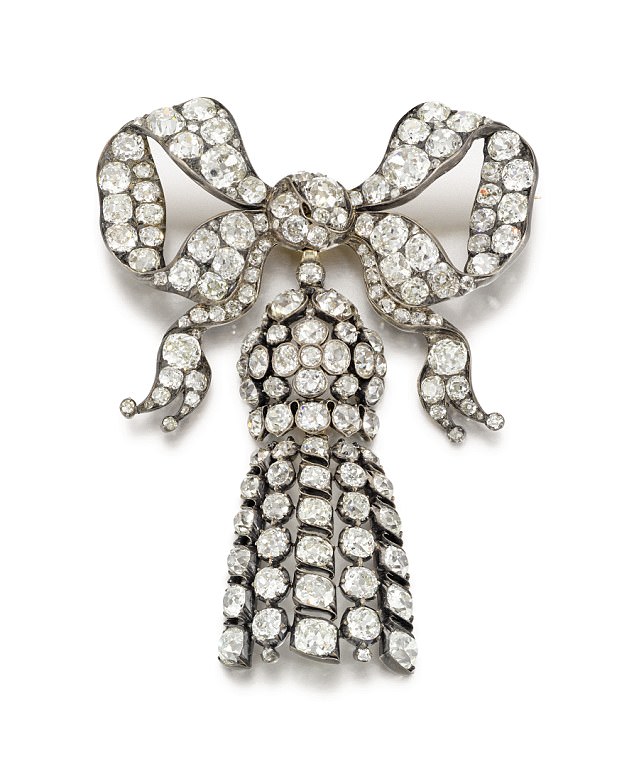 “This is a reference to Vivien’s past,” said David Macdonald, the specialist in charge of the sale. “She was born in India and we think that this was either her mother’s or was given to her by her mother.” The jewelry now belongs to the three sons of Suzanne Farrington, Ms. Leigh’s only child, whose father was the actress’s first husband, Herbert Leigh Holman, a British lawyer.

A charm bracelet is one of the few pieces that refer to the actress’s career. “This is probably one of the most magical things in the sale,” Mr. Macdonald said, displaying charms including a little gold book that opens to reveal an engraved image of her as Scarlett O’Hara, and a locket with a portrait of her as Emma Hamilton, from the 1941 film “That Hamilton Woman.”

There also is what Sotheby’s speculates may have been the ring from her 1940 marriage to Laurence Olivier. The flower-etched gold band is “perhaps not intrinsically valuable as a piece of jewelry but the inscription inside is so beautiful: ‘Laurence Olivier Vivien Eternally,’ ”Mr. Macdonald said. 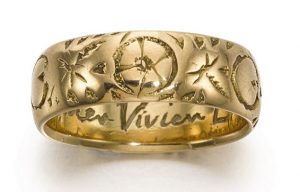 “We think it’s a wedding ring, but we’re not sure,” Mr. Macdonald said. “Vivien had, I think, three wedding rings. One of them she lost in a cinema, gesticulating wildly. So we’re not sure whether this was a recovered one, or a replacement.”

“It feels very contemporary with the marriage, though,” he added, noting that the inscription is in Olivier’s handwriting. “It’s not a square-cut jeweler’s inscription, it’s in manuscript.”

Mrs. Farrington, who died in 2015 at age 81, didn’t wear the jewelry as she lived a quiet life, Mr. Macdonald said. “We got a call to go to Coutts bank in London, to go into her safe deposit box, and we found this incredible leather jewel case. It was all inside.” 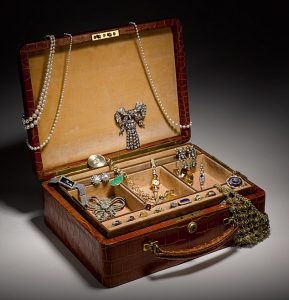 The crocodile case is embossed with the initials V.L.O. and 12th October 1949, the date of the London stage premiere of “A Streetcar Named Desire” in which Ms. Leigh starred and Olivier directed. (The actress went on to play Blanche DuBois in the 1951 film version, and won her second Oscar. Her first was for the 1939 film, “Gone With the Wind.”) 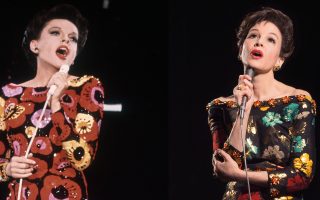