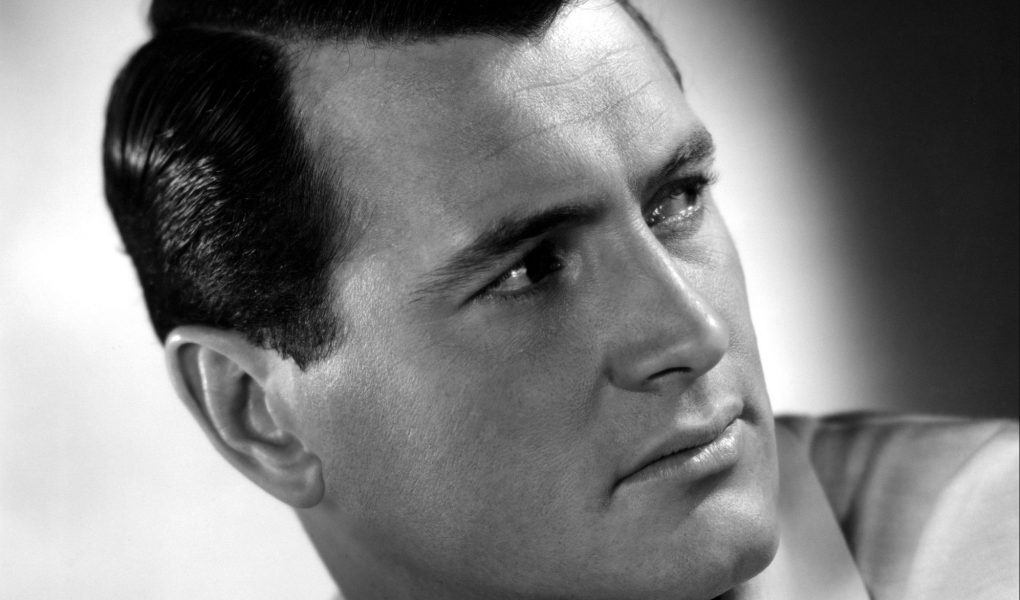 Rock Hudson was born as Roy Harold Sherer Jr. on November 17, 1925 in Illinois. He was the only child of Kay and Roy Sr. His father left the family when Rock was little and he and his mother moved in with his grandmother. The house was crowded and money was tight, but Rock was adored by both his mother and grandmother.

In 1932 Kay married former Marine officer Wallace Fitzgerald, who subsequently adopted Rock. Wallace was a brutal man, who would hit Rock regularly while proclaiming he was going to ‘make a man’ out of him. Whenever Rock would express his emotions or mention that he wanted to be an actor, punishment would follow. When Rock was nearing the end of high-school, his mother and Wallace divorced.
After graduating high-school, Rock enlisted in the navy. He spent most of his time there at the Aviation Repair Overhaul Unit. By this time, Rock had decided that he wanted to pursue acting and when he was discharged in 1946, he left for Los Angeles. His father had settled there after re-marrying and Rock stayed with him for awhile, while working odd jobs. He soon found a gay community, the first time he had encountered men who were so open about their sexuality. It was in this community that he found his two best friends for life: George Nader and Mark Miller, a gay couple who took Rock under their wings. Rock himself was bisexual and soon he stumbled into his first relationship. Ken Hodge was in his thirties, sophisticated and had contacts in Hollywood. In 1948 the pair moved in together and Ken became Rock’s mentor. He sent him to a gym, arranged for publicity shots to be taken and threw parties to introduce Rock to his Hollywood connections. At one of these parties, Rock met the infamous agent Henry Willson.

Willson was a powerful, but manipulative gay man who almost exclusively had young handsome men as his clients. He wasn’t known to be pleasant, but he was a great agent who could make Rock a star. Ken was devastated when he found out that Rock had signed with Willson and the two broke up. It was around this time that Rock changed his name to Rock Hudson.

Willson continued what Ken had started and groomed Rock for stardom. He got him a contract at Universal Studios where Rock started out in small roles in B-movies. Willson knew what the public liked, so he created a traditional all-American, masculine image for Rock. He arranged publicity opportunities like an elaborate photo shoot with Rock and his roommate Bob Preble (who was signed to 20th Century Fox) to showcase them as ‘Hollywood’s most eligible bachelors’. Never mentioning that the house only had one bedroom and that Rock and Bob were more than friends. He would also arrange dates with glamorous actresses like Vera-Ellen to escort Rock to premieres and Hollywood functions. Rock soon became popular with the public and he was promoted to playing the lead in B-movies, like Scarlet Angel. In 1954 he finally got his big break: his starring role in Magnificent Obsession opposite Jane Wyman. The film grossed 5 million dollars and all eyes were on Rock. He was single now and to be safe, he wouldn’t live with another man for fourteen years. In the fifties the world was still intensely homophobic and although some people in Hollywood were aware that Rock had relationships with men, it was critical that this information was kept far away from the media and the public. For Rock, his career came first, so he became used to hiding that part of his personal life. But rumours were swirling and so in 1955, Rock married his agent’s assistant Phyllis Gates. Some people say that the two were actually in love and that Phyllis didn’t know that Rock liked men, others say that it was a set-up marriage and that Phyllis herself was gay. Whatever the case, the marriage certainly helped maintain his traditional image.

Meanwhile, after melodrama’s like One Desire and All That Heaven Allows, Rock was cast in all-star big budget film Giant. The film gave him superstar status, an Academy Award nomination and a lifelong friendship with co-star Elizabeth Taylor. Rock was voted Most Popular Actor in Cinema and remained so for ten more years. Still, the failure of his next film A Farewell to Arms pained him and his divorce with Phyllis in 1958 cost him his house and part of his weekly paycheck. But Rock was not one to talk about his emotions and as always, he threw himself into his work and social life.
A new chapter of Rock’s career started in 1959 with the release of Pillow Talk co-starring Doris Day. Rock had never done comedy before, but turned out to be a natural at it and he had great chemistry with Doris.

They forged a real life friendship and halted production with their frequent laughing fits. They teamed up for two more movies: Lover Come Back in 1961 and Send Me No Flowers in 1964. Rock finally had the funds to buy his dream home now: a Spanish style house he nicknamed ‘The Castle’, which would be his safe haven for the rest of his life. He felt comfortable enough to let his boyfriend Jack Coates move in with him, though the relationship would end a few years later. The movies Rock made after his pairings with Doris were not very successful and he found it hard to choose the right roles for himself after his contract with Universal Studios ended. The world was changing and Rock was part of a Hollywood that no longer existed. In 1971 he signed on to play the lead role in the TV show McMillan and Wife, a relatively popular show that ran for six years and introduced Rock to a new audience.
After the show ended, Rock started seeing publicist Tom Clark, who had been a friend of his for years. Tom took over his business affairs and moved into ‘The Castle’. Rock and Tom became known among friends for their dinner parties, extensive social life and frequent holidays. To outsiders though, Tom was just Rock’s publicist who frequently accompanied him. But Rock loved to work and made time to star in the theater. His leading role in the live musical I Do! I Do! proved to be very successful as he toured America alongside Carol Burnett.

In 1977 Rock’s mother passed away, which exacerbated his already large drinking habit, worrying his close friends. In 1981 Rock had a heart attack and had to have an emergency bypass surgery. As a result he cut back his drinking significantly and vowed to change all the things that made him unhappy. And so, after ten years together, Rock ended his relationship with Tom Clark.

In May 1984 Rock went to a dermatologist because of a red sore on his neck. After a biopsy, Rock was told that he had AIDS. He learned of a new drug that was being tested in Paris which could suppress the AIDS virus. He went to Paris for treatment, although everything was shrouded in secrecy so nobody would find out that he had this still very new and very taboo disease. Rock felt so much better afterwards that he signed on for a recurring role in the soap opera Dynasty. But soon Rock’s health was faltering again and he refused to go back for treatment, convinced that it wasn’t working. He was written out of the show when his health didn’t improve, but he had already agreed to join a taping for Doris Day’s new show and was adamant about honoring that commitment. Rock looked so gaunt and ill when taping the show and subsequent press conference, that rumours of an illness started to swirl. Rock quickly went to Paris for more treatment, but it was too late. He collapsed in a hotel room and was taken to the hospital. Although his publicist initially tried to convince people that Rock had liver cancer, it was soon confirmed that he had AIDS. The world was shocked, but Rock was surprised and pleased to recieve an outpouring of support from all over the world. He was still beloved by the public and his peers. A few days later he was flown back to Los Angeles and he spent the last few days of his life in his beloved ‘castle’, where his ex-boyfriend Tom helped take care of him. Rock Hudson passed away in his sleep on October 2, 1985.
Rock was credited with giving AIDS a face and after his announcement the private contributions to AIDS research and support doubled. Rock opened the door to a conversation about AIDS and a few days after he died, Congress set aside $221 million to develop a cure. 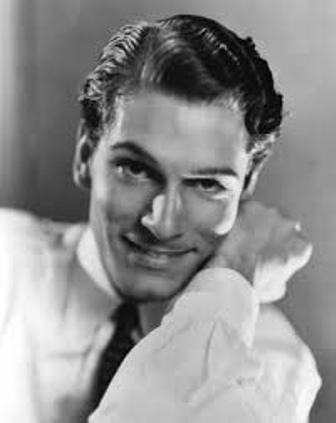 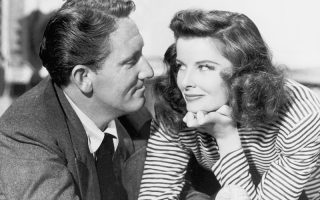